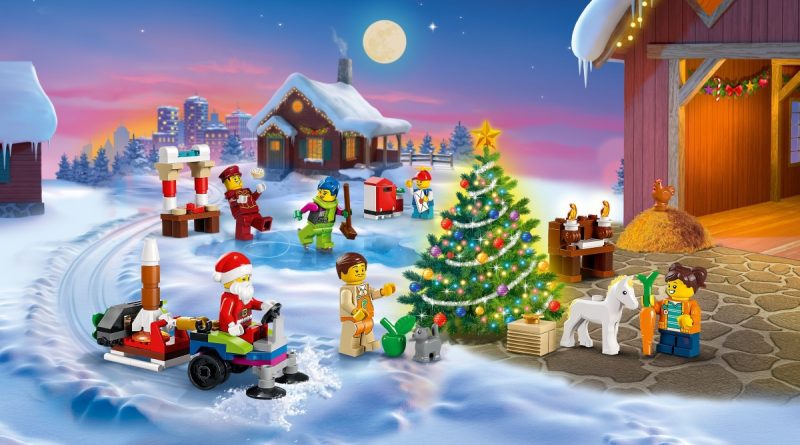 We now have a good look at every upcoming LEGO 2022 Advent Calendar as images for the Friends and CITY sets have been added to the LEGO website.

For those who want to keep the contents of the countdowns a surprise, this is your first and last spoiler warning as we’re about to discuss the models in these advent calendars.

LEGO CITY’s Advent Calendar is once again acting as a summary of the year’s set, focusing on Farm, Space and 60347 Grocery Store. Santa makes an appearance alongside many of the characters from the LEGO CITY Adventures series and it also acts as a good way to get a foal and kitten

Over in Heartlake City, LEGO Friends’ Advent Calendar for 2022 is themed to a seasonal market with a Santa mini-doll finally joining Mrs Claus and the elves from 41420 Friends Advent Calendar. A reindeer and three other mini-dolls are also included as well as a few festive builds.

There may be more included in these Advent Calendars that haven’t been included in the promotional images and we’ll likely see more when they arrive on the official online store.

You can check out our reports on the other LEGO 2022 Advent Calendars by clicking here for Star Wars, here for Marvel and here for Harry Potter.