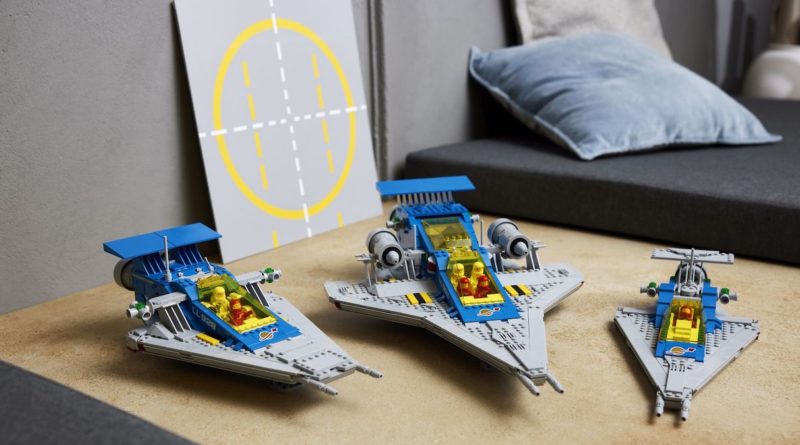 More 10497 Galaxy Explorer details have emerged, revealing that the set can also be rebuilt as other LEGO Classic Space models.

LEGO ICONS 10497 Galaxy Explorer was one of many exciting announcements during LEGO CON, with the 90th Anniversary set offering an updated take on a Classic Space model. Released in 1979, 497 Galaxy Explorer is still an iconic spaceship and it’s one that’s been given a slightly more modern makeover with the upcoming LEGO ICONS version.

Now, thanks to an interview with The Verge, more details are emerging regarding 10497 Galaxy Explorer. Speaking to lead designers on the project, Mike Psiaki and Milan Madge, the site has revealed a number of interesting new facts about the model.

For starters, the 90th Anniversary set is 50% larger than the original, with the scaled-up model boasting 1,254 pieces. 10497 Galaxy Explorer also features retractable landing gear, two beds with space for the astronaut minifigures to lie down (even when wearing their air tanks) and a hidden vehicle compartment for the included surface rover vehicle.

One new image in the interview also shows that 10497 Galaxy Explorer can be rebuilt as a couple of other LEGO Classic Space models. This was revealed at LEGO CON, with images of two smaller builds which appear to be based on 918 Space Transport and 924 Space Cruiser.