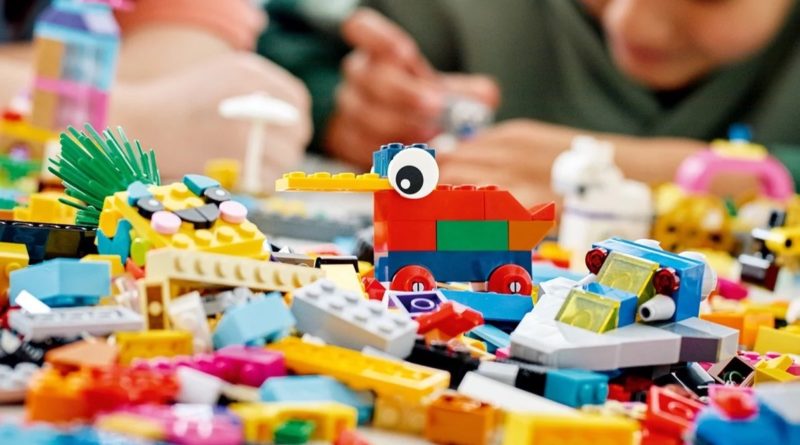 Yes, you read that right, the first of the LEGO Group’s 90th-anniversary sets is a nostalgic build through brick history as 11021 90 Years of Play has been revealed by a French retailer. It recreates 15 older sets in the simplistic style of LEGO Classic, including BIONICLE’s Tahu.

After the reaction to the rumours that the LEGO Ideas 90th-anniversary set, which has yet to have the theme officially revealed, would be based on Castle instead of BIONICLE, Classic Space or Pirates, the community of LEGO BIONICLE fans on Twitter has had a creative response. Some, such as Automatik chose to imagine what other BIONICLE figures would look like in the System style.

Abraxas chose a similar path, focusing instead on the other Toa from early waves, keeping the googly eye elements on almost all of them.

LEGO Classic Tahu has even received an impressive update to a Tahu homage fanart piece from Prog, letting the 2022 iteration stand next to previous Tahu figures.

As DHerora summarises, the online BIONICLE fandom, at least on Twitter, appears to have accepted Classic Tahu as the anniversary BIONICLE set we didn’t know we needed, though we’re sure that some would have liked more for the nostalgic theme as this figure arguably showcases the limits of LEGO System considering the complex nature of BIONICLE.

According to the retailer listing, 11021 90 Years of Play will cost €49.99 and is expected to launch in May, though an official announcement for the Classic creation has yet to be released. Another 90th-anniversary model is rumoured to follow later this year.