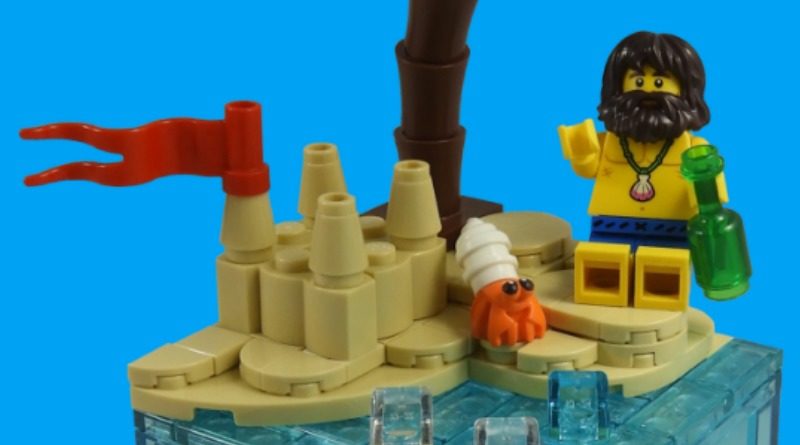 Brick Fanatics is back with a fresh set of vignette environments for the latest batch of Collectible Minifigures, 71029 Series 21, kicking off with a desert island build for the Shipwreck Survivor.

Back in 2016, the Collectible Minifigures’ release schedule shifted to one regular numbered series per year, supported by two other spin-off series. That move led to a convenient alignment between the series numbering and their year of release, which is a roundabout way of saying: it’s 2021, and here’s 71029 Series 21.

This latest batch of blind-bagged characters serves up just 12 different minifigures instead of the usual 16, but they’re no less colourful, eclectic and fun for that fact. And that’s exactly why it hasn’t stopped us from assembling another set of varied vignettes to house them in, starting with a minifigure who’s found himself in a pretty precarious situation.

Then again, maybe he should look on the bright side: he’s survived seemingly unharmed, and now has a lifetime of sun, sea and sand to look forward to. Of course, it may be a very short life if that shark has anything to say about it.

Check back each weekday for a new vignette inspired by Collectible Minifigures 71029 Series 21. To see more of Justin’s LEGO builds, check out his Flickr page, where his handle is justin_m_winn. 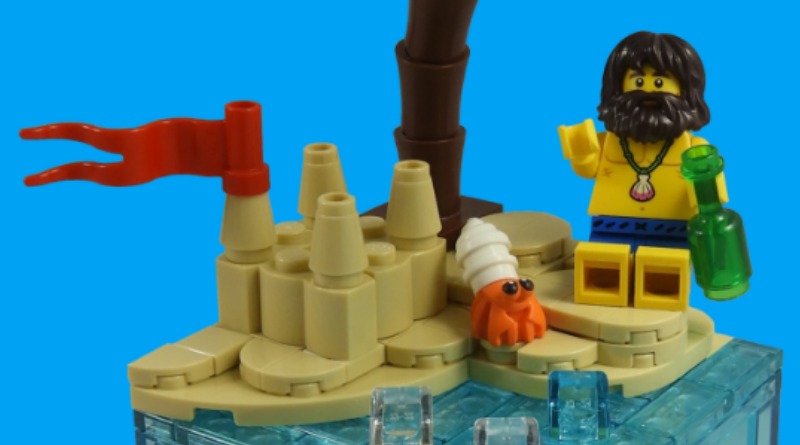