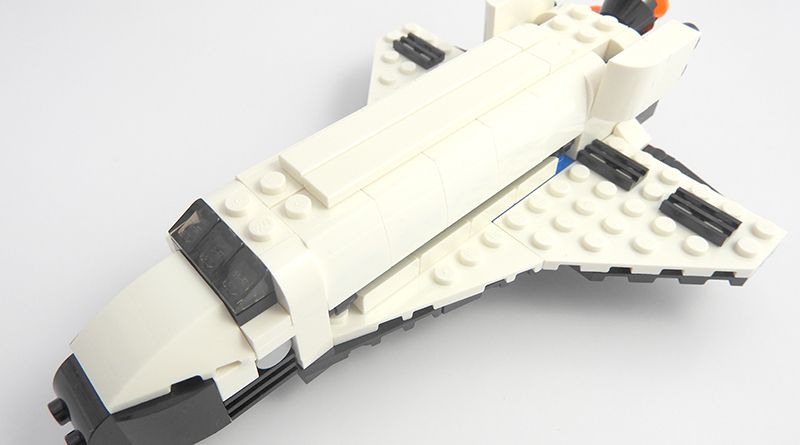 Another wave of LEGO Creator 3-in-1 sets brings us the Shuttle Transporter – does it blast into the stratosphere successfully?

You know what you are getting with the LEGO Creator theme. The sets include very few specialised bricks and since 2006 the theme has featured sets which include instructions for three different possible builds from the bricks included. It’s not a theme that has ever appealed to me, but I understand appeal to others and the popularity of a theme which encourages us to rebuild again and again. This review takes a look at 31091 Shuttle Transporter. 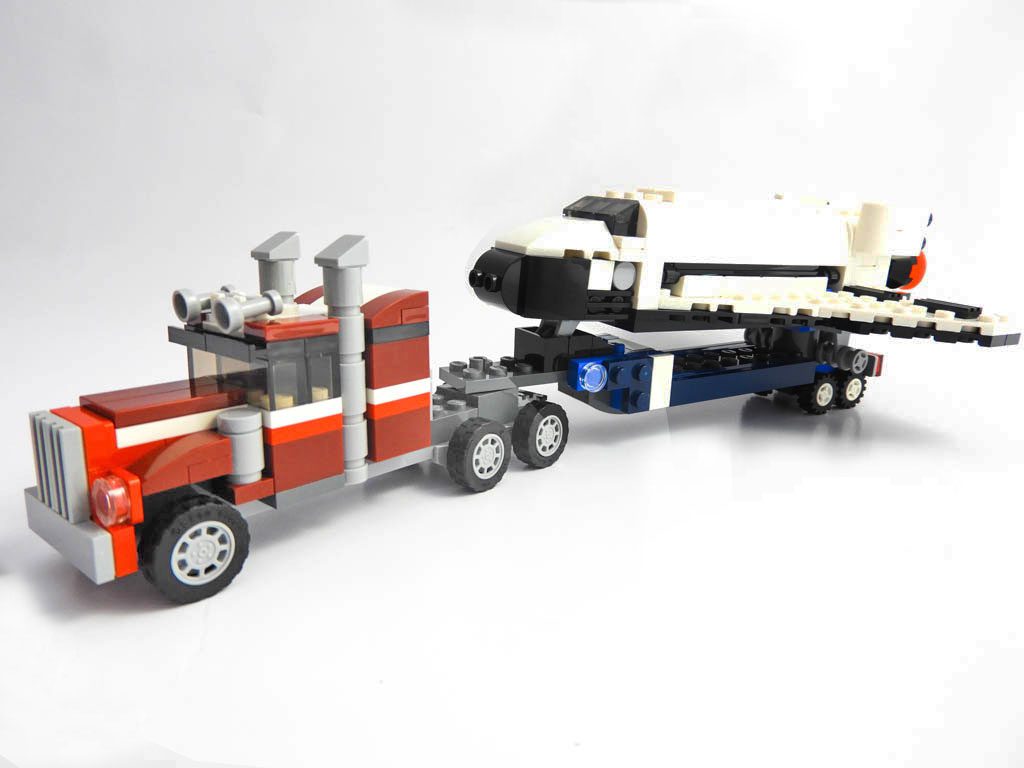 There have been a number of sets over the years that have featured space shuttles so there is plenty of history to draw on – one of the more recent being 31066 Space Shuttle Explorer which was also a 3-in-1 Creator model released in 2017, which could also be rebuilt into a Moon Station or a Space Rover.

31091 Shuttle Transporter is a modestly sized set which includes instructions to also build a futuristic Helicopter Transporter or a Car with Caravan. The alternative builds are fairly pedestrian and don’t have the same charm and aesthetic as the main feature.

The shuttle itself is an enjoyable build consisting of main black and white pieces, the authentic colour scheme of space shuttles. The shuttle includes a tinted windshield, large engines at the rear which are angled to ensure propulsion from all directions. The opening payload bay doors are well executed and contains a working crane and a satellite which is a relatively simple but effective build.

The shuttle has plenty of swooshability – but it’s not the best effort of a shuttle that we’ve seen from the LEGO Group. But then I may be unfairly comparing this with Creator Expert and Ideas sets, which are significantly more expensive and targeted at a different demographic.

The Shuttle Transporter consists of a flatbed truck and trailer, including all of the features you would expect. The colour scheme used on the truck and trailer look nice and adds a much needed splash of colour. The shuttle sits neatly on the trailer and the movement of the transporter works well allowing you to drive around corners without losing the shuttle.

31091 Shuttle Transporter is a good set for the price it’s positioned at and a set that includes a nice selection of basic parts which should provide the flexibility to create much more than the three builds on the box. I found the Helicopter Transporter and the Car with Caravan a lot less inspiring, but the Shuttle Transporter build provided enough interest for this to be a fun build.

31091 Shuttle Transporter is available now at shop.lego.com. You can help support Brick Fanatics’ work by using our affiliate links.