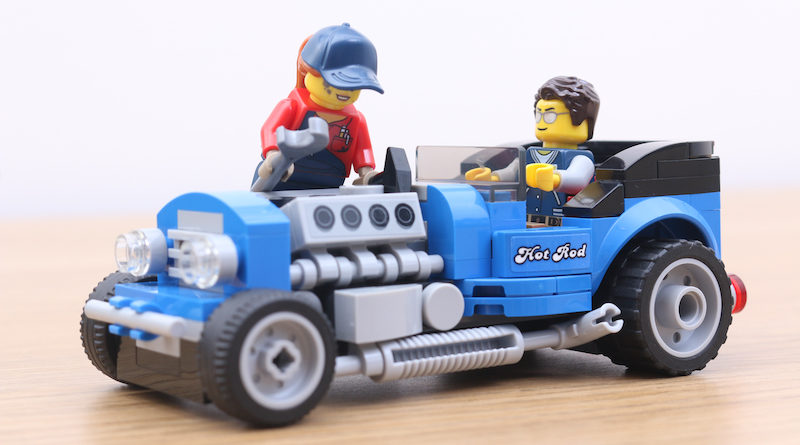 Collectors who missed LEGO Creator 40409 Hot Rod can get the set again, free with any order at the official shop totalling £85 or more.

LEGO Creator 40409 Hot Rod has returned as a gift with purchase exclusive set, available for free with any order at LEGO.com totalling £85 or more. It was originally available back in June. The promotion is not available in the US this time around.

There have been lots of appealing sets released recently that qualify for the deal. 75290 Mos Eisley Cantina and 75978 Diagon Alley launched in the Star Wars and Harry Potter themes, both offering impressive location models.

Apparently 40409 Hot Rod is worth $12.99, so builds a decent sized Hot Rod that is about in scale with modular building sets like 10264 Corner Garage. The distinctive shape of the iconic car has been captured and fans will be keen to get under the hood and find out how. The sharp suited driver gets support from a mechanic minifigure. It is a nod to the classic 1995 set 5541 Blue Fury.

The promotion will run until September 22, unless stock runs out before then.