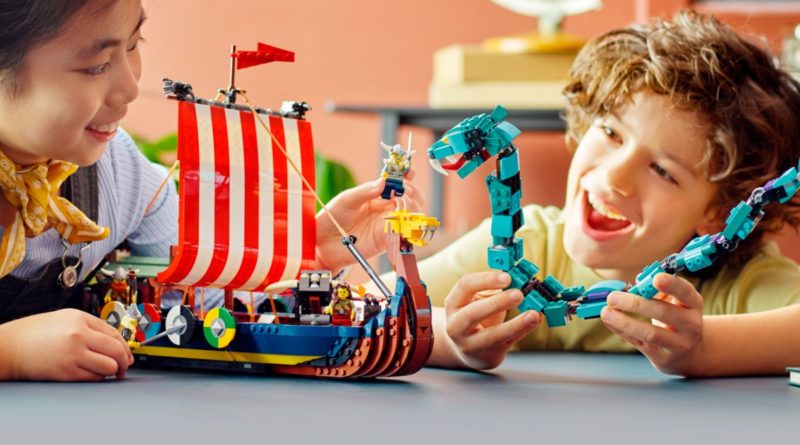 Three brand new LEGO Creator 3-in-1 sets have just appeared on LEGO.com, confirming the prices and piece counts for the summer wave.

Headlining the next batch of Creator 3-in-1 sets is 31132 Viking Ship and the Midgard Serpent, which follows 31109 Pirate Ship and 31120 Medieval Castle in resurrecting a retro theme. It takes its name and design approach from 2005’s 7018 Viking Ship challenges the Midgard Serpent (only with a more peaceful descriptor – maybe this seabound snake is just hanging out next to the boat?).

That set will ring in at £104.99 / $119.99 / €119.99 for 1,192 pieces, and just like 31109 Pirate Ship, includes a brick-built rather than cloth sail (all the better for building its alternate models). Beyond the Viking ship itself, instructions are also included for a huge Fenris wolf (a nod to another classic LEGO Vikings set) and a Viking house.

The other two sets joining it on shelves next month are far more affordable, including another ‘mini modular’ in 31131 Downtown Noodle Shop, which will retail for £39.99 / $44.99 / €44.99 for 569 pieces. It’s a smaller and more accessible set than some of its predecessors, but still packs in three different builds: a noodle shop, games arcade and a bike shop.

All three of these sets will be available to purchase at LEGO.com from June 1.