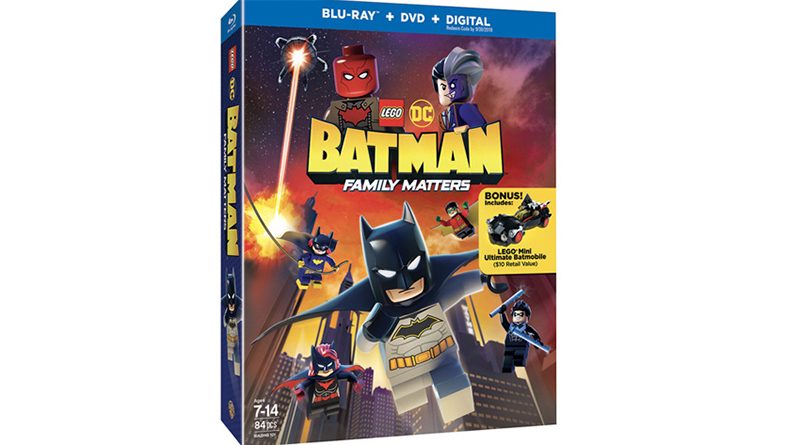 The latest LEGO animated special has been announced, with LEGO DC: Batman – Family Matters coming to home formats on August 6.

The LEGO Group and Warner. Bros have collaborated on a new LEGO DC special, with LEGO DC: Batman – Family Matters coming straight to Blu-ray and DVD on August 6. 30526 The Mini Ultimate Batmobile will be packed in with the Blu-ray edition.

In the new animated feature, Two-Face buys Wayne Enterprises and teams up with Brother Eye to use it for nefarious means. It is up to Batman, Robin, Batgirl, Batwoman and Nightwing to save the city as a Bat-family, even when Red Hood turns up to complicate things further. Family Matters is directed by Matt Peters with a screenplay by Jeremy Adams.

A whole new wave of LEGO Batman sets will arrive on August 1.