TT Games will be delving into all aspects of the DC universe when it comes to the DC Super-Villains Season pass.

The upcoming video game, LEGO DC Super-Villains, is getting a Season Pass for players who want to expand the base game. Six Level Packs and four Character Packs will mine comics, movies and TV for inspiration. 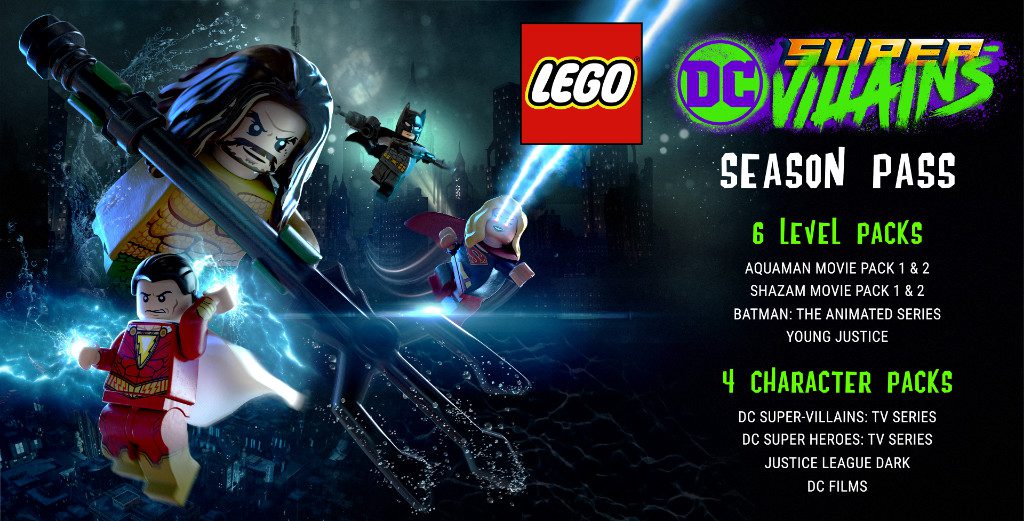 Two Character Packs are coming too – DC Super Heroes TV Series and DC Super-Villains TV Series. These will include minifigures based on DC’s Legends of Tomorrow, Arrow, The Flash, Supergirl, and Black Lightning TV series. Rounding out the releases will be the DC Films Character Pack, the Batman: The Animated Series Level Pack and the Young Justice Level Pack.

For those who will be going all-in with the Season Pass, it will be included with the LEGO DC Super-Villains Deluxe Edition which features the main game and immediate access to the DC Super Villains: TV Series Character Pack. It also includes the exclusive Lex Luthor Superman physical minifigure. This edition will be available exclusively at Game, or fans can pick up the Season Pass alone for £11.99.

LEGO DC Super Villains will be released on October 19, 2018.