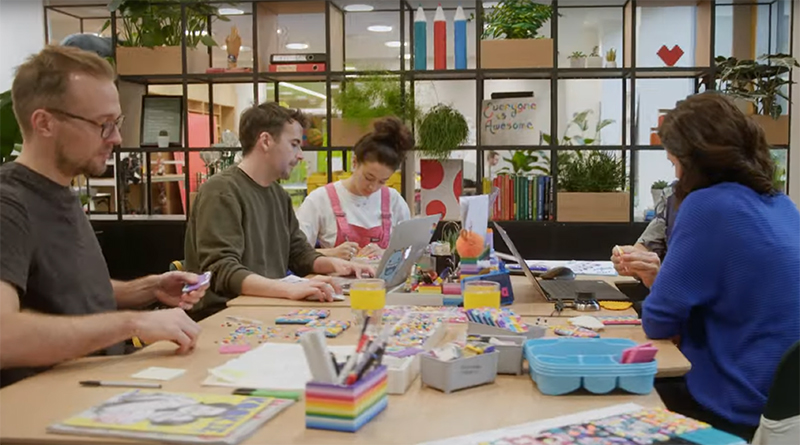 Two of the LEGO designers behind LEGO DOTS have talked about coming up with the new theme.

In a new video from the LEGO Group, LEGO designers Laura Perron and Chiara Biscontin discuss their work on LEGO DOTS and explain how the theme was developed.

Inside the LEGO HOUSE OF DOTS

“As a designer our aim is to create something where kids would feel they can create it and make it their own and not doubt themselves,” says Chiara Biscontin.

“DOTS is a new way to express yourself in a really simple and intuitive way. The way that we designed it is that you have the plates, the brick and then the tile. DOTS is using the tile as the core of what you do to decorate that plates that than go on to a structure that is useful.”

The new LEGO DOTS has arrived at LEGO.com. A promotion has launched to coincide with the new sets, with 30556 Mini Frame free with purchases totalling £30 or more. The deal stacks with another promotion, with 40370 Train (review) free with orders totalling £99 or more.