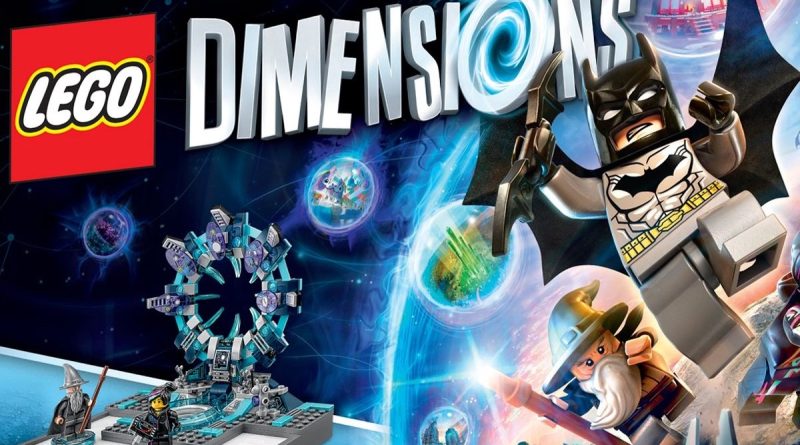 LEGO Dimensions – one of the LEGO Group’s most ambitious video games – released seven years ago today in the United States.

LEGO Dimensions was a late entry in the toys-to-life genre, which tied specific gameplay features to physical toys. LEGO Dimensions’ use of conventional LEGO minifigures and models (which were connected to specialised, electronic bases) helped to differentiate it from the likes of Skylanders and Disney Infinity, which tended to use bespoke statuettes for its games.

These LEGO sets interface with a bespoke toy pad, which connects to a games console via a USB cable. Placing a LEGO model on the pad causes it to appear in game for use by players.

While LEGO Dimensions’ core gameplay is familiar to LEGO game fans, the toy pad itself could also be used as a gameplay input. Shifting characters around the pad allows you to teleport them, give them magical powers and solve puzzles.

LEGO Dimensions also differentiated itself in other ways. The game’s big selling point was a diverse range of IPs, many of which had never appeared in LEGO form before. Newcomers to the LEGO universe included The Wizard of Oz, the Powerpuff Girls and (bizarrely) Knight Rider, complete with tiny David Hasselhoff. Some of these IPs (like the Gremlins, the Goonies and Beetlejuice) have yet to reappear in an official LEGO set, making LEGO Dimensions highly desirable to collectors.

The game even brought in other video game worlds for LEGO fans to enjoy. Sonic the Hedgehog and Portal 2 each received new levels and open worlds to play in, while the Midway Arcade pack provided real arcade games to unlock (and a tiny LEGO arcade cabinet to access them). The Portal 2 element also inspired a brand new, Portal-esque song – You Wouldn’t Know – sung by Portal’s very own Ellen McLain.

Despite its limitless ambition, LEGO Dimensions’ release schedule ended a little sooner that the LEGO Group originally claimed it would. In retrospect it’s not hard to see why: expansion packs for the game were phenomenally expensive, and the toys-to-life fad was quickly losing steam at this time.

If you’re interested in checking out LEGO Dimensions, its various expansion packs should still be supported – and its components are available on the secondary market. However, it may prove an expensive proposition as its accompanying characters have held their price (or even increased them) over the last few years. The game is available on Wii U, PlayStation 3, PlayStation 4, Xbox 360 and Xbox One.

If you’d like to check out the latest iteration of LEGO video games, be sure to read our guide to LEGO Star Wars: The Skywalker Saga – a game that explores a lot of the same ideas, albeit in a vastly cheaper package.