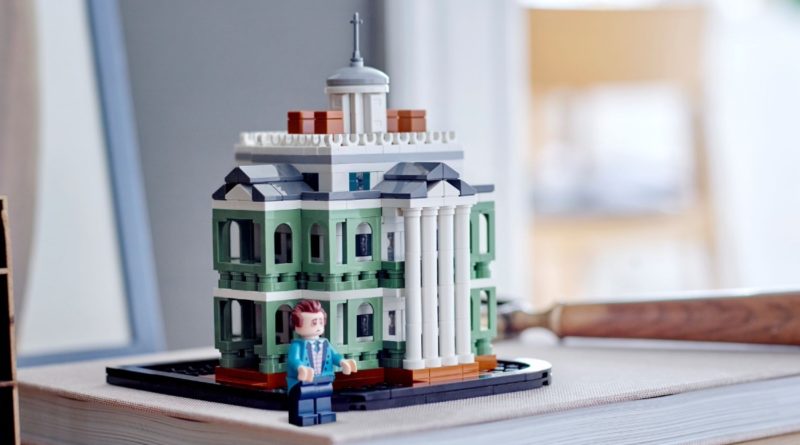 An odd coincidence in the latest LEGO Disney release might make it appealing to non-Disney fans.

One LEGO release we struggled to anticipate was 40521 Mini Disney The Haunted Mansion. This tiny model recreates the popular attraction at Disney amusement parks, which is known as Phantom Manor in some places. It also features some interior detail of the mansion itself, including the ghosts which dance around it.

The set appears to be a companion to 40478 Mini Disney Castle. This other recent release draws inspiration from Cinderella Castle at Walt Disney World. Both the mansion and that castle are of a similar size and sit on rounded black bases, allowing you to start a small LEGO Disney collection. Considering the full-size 71040 The Disney Castle has a price in the triple digits, either of these models could be significantly more desirable than that one.

However – as our new TikTok makes clear – the included butler minifigure might be the most interesting feature. In addition to featuring a striking turquoise outfit, the butler bears more than a passing resemblance to actor Will Arnett – best known to LEGO fans as the voice of The LEGO Movie’s Batman.

Will Arnett recently appeared as the Haunted Mansion’s butler in a Muppets Disney+ special, but his other LEGO connections run deeper than you might expect. In addition to his Batman voice work, several of his other roles have earned direct or indirect LEGO versions. His incarnation of Vern Fenwick appeared in The LEGO Teenage Mutant Ninja Turtles line, and Deathstroke (who he voiced in Teen Titans Go! To the Movies earned a single minifigure in the LEGO DC line.

As such, if you’ve been collecting LEGO Will Arnetts (and why wouldn’t you?) you can add this one to your collection very soon. 40521 Mini Disney The Haunted Mansion will be released on August 1 and cost £34.99 / $39.99 / €39.99. There’s no word on whether Will Arnett’s other roles will get LEGO versions – accidentally or otherwise.