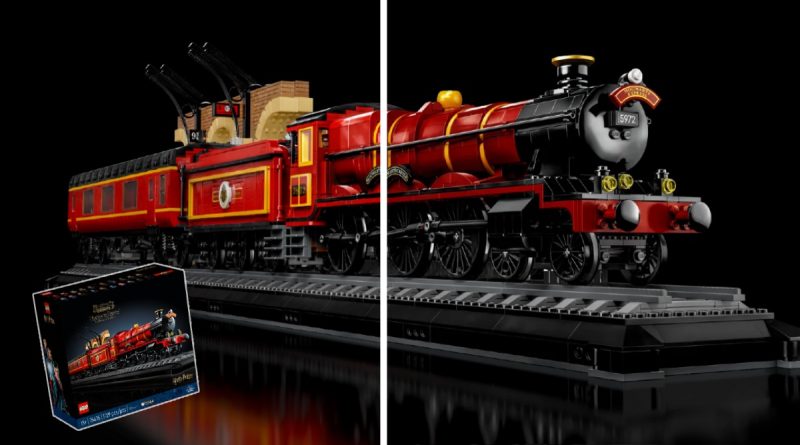 While the real-life locomotive used for the Hogwarts Express – which you’ll find at the Warner Bros. Studio Tour just outside London – is definitely bright red, the version that we see on screen is actually a deeper shade of scarlet (as described in the books). That’s thanks to lighting, colour grading and probably just a little bit of movie magic, but it does pose a question for the latest LEGO Harry Potter set: should it have been dark red?

We’ve already worked our own wizarding skills on the official images of 76405 Hogwarts Express Collectors’ Edition to see what that might look like, and it’s a bit of a gamechanger. For what is the first-ever 18+ iteration of this train, aimed squarely at adults – that price tag of £429.99 / $499.99 / €499.99 is beyond the pale for kids – a deeper red adds a degree of sophistication to the model, and better reflects its appearance in the films.

“These are the types of discussions that we definitely have a lot in the design process,” LEGO Harry Potter Design Lead Andrew Seenan told Brick Fanatics. “I think in truth, the colour probably lies somewhere in between. But I think the bright red, from a visual display [and] toy point of view, is such a nice colour to have. But we did also consider dark red.”

As 10290 Pickup Truck demonstrated last year, the LEGO Group is still experiencing problems with consistency in its dark red hue. But according to LEGO Design Master Marcos Bessa, who was also Design Lead on the LEGO Harry Potter theme from 2018 to 2021 – and headed up design on 76405 Hogwarts Express Collectors’ Edition – there was another reason the team opted for bright red instead.

“I think that our dark red in particular, when it’s used a lot together, has the tendency in some lights – and depending on the context of where it’s placed – to read more as brown,” he told Brick Fanatics. “So there was also some consideration in that would we have a train that would sometimes look too brown? Or would we rather have a train that’s red, for sure, and in some contexts gets darker, because of the lighting and so on?

“At the end of the day, that made more sense to us in the design team to go with red, because it is the more classic iteration of the colours.”

Whether the train is buildable in dark red will depend entirely on the parts involved, and whether they exist in that colour. We’ll find out for sure once it launches next week, but replacing all the bright red bricks will likely be a costly endeavour for what’s already a very expensive set. For that reason, most of us will probably have to be content with a bright red Hogwarts Express.

76405 Hogwarts Express Collectors’ Edition arrives at LEGO.com and in LEGO Stores on August 31.