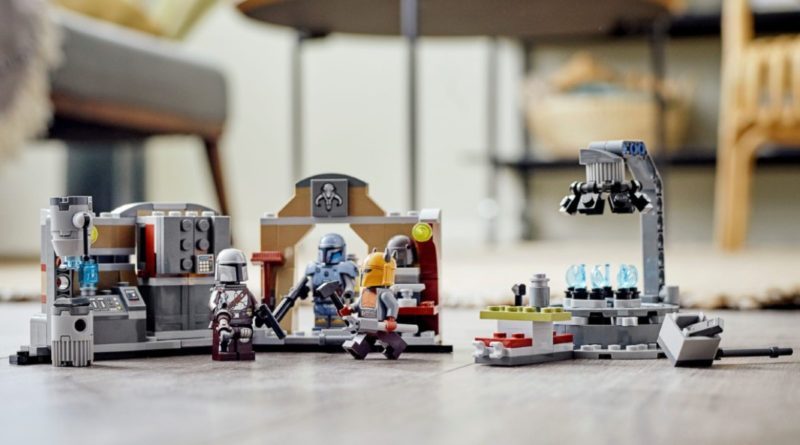 The LEGO Star Wars design team has explained why it took a while for a wider range of sets based on The Mandalorian to arrive on shelves.

When the first season of the Disney+ show debuted in 2019, only one tie-in LEGO Star Wars set was available at the same time: 75254 AT-ST Raider. The following February, the LEGO Group revealed 75292 The Mandalorian Bounty Hunter Transport – but the company’s first Razor Crest wouldn’t launch until September 2020, just before the show’s second season premiered.

January 2021 brought us one more Mando model in 75299 Trouble on Tatooine, but we didn’t get a proper wave of sets based on the show until last month, when 75311 Imperial Armored Marauder, 75312 Boba Fett’s Starship, 75315 Imperial Light Cruiser and 75319 The Armorer’s Mandalorian Forge arrived alongside the Mando-adjacent 75316 Mandalorian Starfighter.

Speaking to Brick Fanatics earlier this year, LEGO Star Wars Design Manager Michael Lee Stockwell clarified that the team held off on going too deep into The Mandalorian because they weren’t sure that it would prove popular with their primary target market.

“We’re always trying to figure out which periods will [interest] kids,” he explains. “At the beginning, when The Mandalorian was a new thing, we weren’t sure how many children would actually get a chance to see it. We had a stronger feeling for The Clone Wars, so we thought that maybe it was a better bet to go in that direction.”

The LEGO Group has a long history with the Clone Wars animated series, going all the way back to its 2008 debut, so it wasn’t too surprising to see sets based on its seventh and final season last summer – including 75283 Armored Assault Tank – long before Mando got its LEGO due.

But now that the LEGO Star Wars team has clearly been convinced of the first live-action series’ popularity among kids, we’ll hopefully see plenty more Mandalorian sets in the years to come – particularly as the third season is apparently on track to debut in 2022.