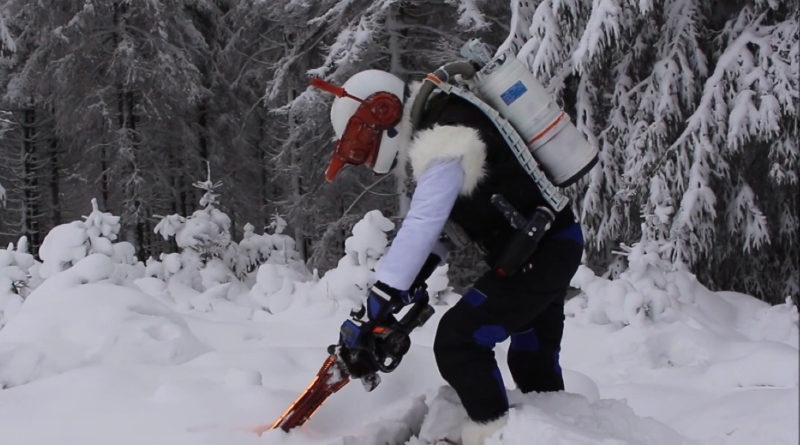 One LEGO fan has found a new way to brave the cold, by creating a realistic Ice Planet 2002 costume, complete with an orange transparent chainsaw.

LEGO Ice Planet 2002 and its team of frosty space explorers have thawed their way into the hearts of fans, including one prop designer who has revealed their take on the iconic costume and tools from the minifigures.

Tommy Nello showcased his work in a video uploaded to his YouTube channel. The video features the prop designer wearing the costume in a snowy landscape, arguably a perfect setting for the icy explorer.

The costume is then shown in detail with fur lining the shoulders and the metallic equipment attached to the chest, with pipes leading to the back of the outfit. Even the helmet features the orange visor from the original minifigures.

However, the best part of this costume might just the functioning orange transparent chainsaw, with a light strip adding a neon, space-age effect to the modern-day tool. At the end of the video, the chainsaw can be seen cutting through the snow, meaning the iconic LEGO tool is now a reality.

Tommy Nello uploaded more photos of the suit to his Facebook page, giving a closer look at the costume from different angles, including more lighting effects on the helmet.