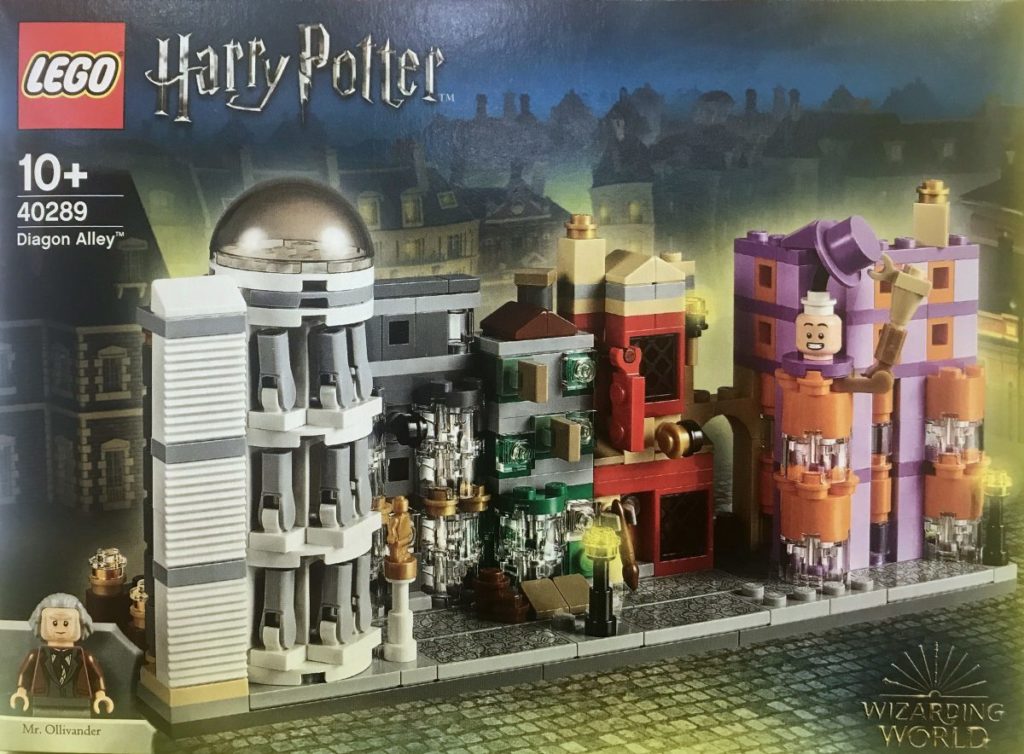 The revived LEGO Harry Potter theme continues to grow with the discovery of 40289 Diagon Alley. Brickset reports that this set, focusing on the well known Wizarding World location has been found at a local LEGO Certified Store in Ljubljana, Slovenia.

In the set, five memorable buildings from the street are represented – Gringotts Bank, Ollivander’s, Flourish and Blotts, Quality Quiddich Supplies and Weasleys’ Wizard Wheezes – and an Ollivander minifigure is included too.

With the recent release of 71043 Hogwarts Castle, it seems that the Harry Potter theme will continue to go beyond minifigure scale releases. How this set will be more broadly available has yet to be revealed, but as it has turned up in a LEGO Certified Store, it could be a LEGO Store exclusive launching on September 1.