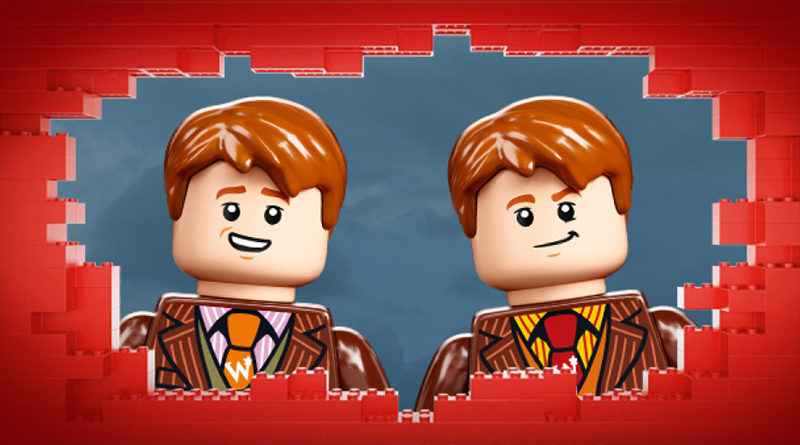 The first minifigures from LEGO Harry Potter 75978 Diagon Alley have been revealed, with the Daily Prophet Photographer coming alongside Fred and George Weasley.

LEGO.com is teasing fans ahead of the launch of Harry Potter 75978 Diagon Alley on September 1. An email to fans has revealed three minifigures from the set; Fred and George Weasley, shown above, and the Daily Prophet Photographer.

The set details were recently published by LEGO.com.

This short-legged minifigure will be one of four unique, new to the LEGO Harry Potter theme minifigures in the new LEGO.com exclusive set.

In the email there is reference to scanning a QR code to go ‘through the wall’, suggesting that there might be more secrets to discover. The marketing material even encourages fans to build their own QR code using LEGO elements.

Potterheads should stay tuned for Brick Fanatics, as more news will be shared as soon as it is available.