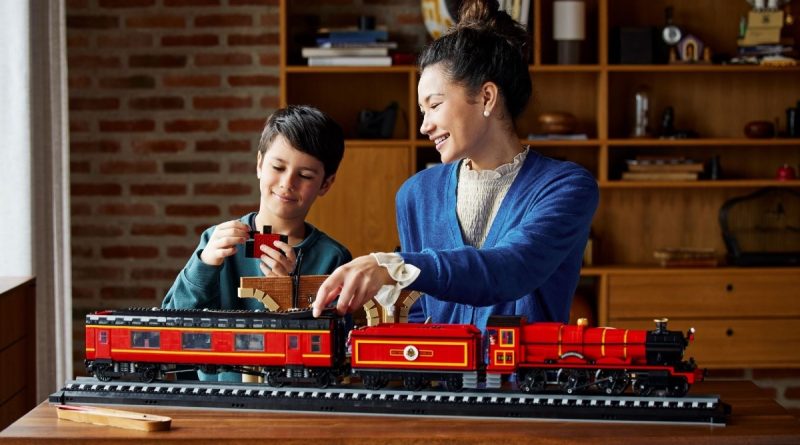 LEGO Harry Potter’s Design Lead Marcos Bessa has moved on to other projects, marking the end of an era for the Wizarding World theme.

The LEGO designer – who’s previously worked on themes including BrickHeadz and Jurassic World – announced through his social media accounts that 76405 Hogwarts Express Collectors’ Edition marks ‘the official end of my journey’ as LEGO Harry Potter’s Design Lead. He’s now taken on the role of Design Master at the LEGO Group, which involves ‘creating building experiences and products’ across different projects.

Bessa’s tenure on the LEGO Harry Potter theme began in 2018, the same year the boy wizard returned to LEGO Store shelves. Owing to the timescales the LEGO Group works to, however, that likely means he wasn’t Design Lead for at least that first wave of sets, which established a new aesthetic for both the theme’s minifigures and the run of modular Hogwarts sets from 2018 to 2020.

He was in place for Harry Potter’s soft reboot in 2021, however, which saw that original run of Hogwarts sets replaced by a new modular system for the theme’s 20th anniversary. He’s also overseen the introduction of several experimental product lines, including the Hogwarts Moments sets and the buildable animals, such as 75979 Hedwig and 76406 Hungarian Horntail Dragon.

Those production timelines also mean the designer has apparently been working in his new position for the past year, having left the LEGO Harry Potter theme in 2021. 76405 Hogwarts Express Collectors’ Edition, which was revealed earlier this week and arrives at the end of this month, is the last set Bessa designed under the Wizarding World banner.

That means we’ll see the first sets under the theme’s new Design Lead – whoever that might be – in 2023, provided the LEGO Harry Potter theme continues next year. And given its success since relaunching just over four years ago, it’s safe to assume it’s not going anywhere. Whether we’ll see any substantial changes to the theme under a new Design Lead is less clear at this stage.