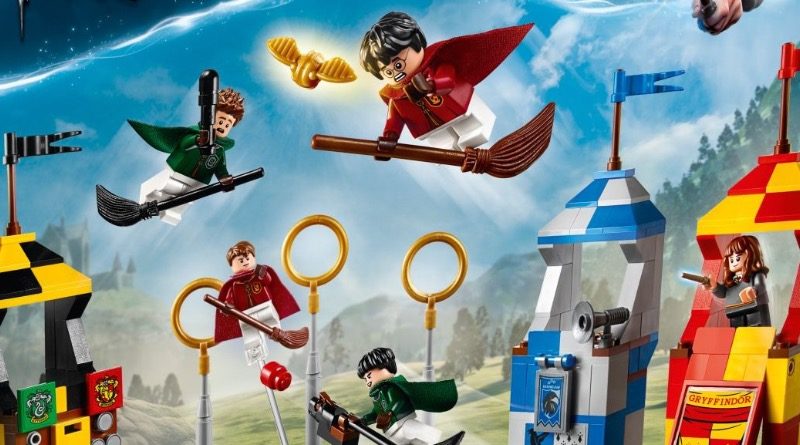 A Quidditch-themed LEGO Harry Potter accessory pack is reportedly on the way this year, potentially offering a cheaper way to stock up on Ravenclaw and Hufflepuff players.

So far, the two lesser-spotted houses’ Quidditch uniforms have only been available in 75978 Diagon Alley and a LEGO Harry Potter activity book. Buying multiples of the former is perhaps a touch unrealistic given it clocks in at £369.99 / $399.99 / €399.99, while the latter still proves costly at £6 for a single minifigure, and doesn’t actually launch until June 1.

Fortunately, Instagram user exabrickslegogo_ reports that a new LEGO Harry Potter accessory pack, numbered 40500, is coming later this year – and will be themed around Quidditch, with a minifigure from each of the four Hogwarts houses.

According to exabrickslegogo_, Gryffindor will be embodied by Harry Potter (who else?), Draco Malfoy will stand in for Slytherin, Cho Chang will represent Ravenclaw as presumably its only student to ever attend Hogwarts (seriously, we’ve had so many Cho Changs), and Hufflepuff will bolster its LEGO ranks with the first ever Zacharias Smith minifigure.

As with previous LEGO Harry Potter accessory packs, like last year’s 40419 Hogwarts Students Accessory Set, you can expect 40500 to retail for $14.99 (or £13.49 / €14.99). We don’t yet know when it will hit shelves, but based on last year’s precedent, it would make sense to see it launch alongside this summer’s rumoured 20th anniversary sets.

Just like that mini wave, though, this accessory pack is technically still unconfirmed, so don’t put too much stock in it for now. We’ll let you know if and when it does materialise.