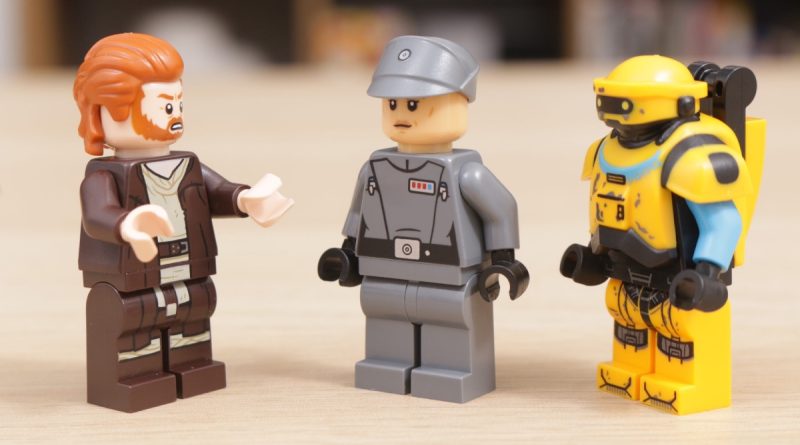 An early review of LEGO Star Wars 75334 Obi-Wan Kenobi vs. Darth Vader suggests the LEGO Group has fixed the unfortunate printing issue that’s blighted one of its minifigures.

One of three products in the summer 2022 wave based on the new Disney+ series Obi-Wan Kenobi, the playset doesn’t launch until August 1, but it’s already starting to turn up in stores – giving YouTubers the opportunity to review the 408-piece set ahead of its formal release date. And from at least one of those early reviews, it looks like the printing issue we experienced in our advance copy has already been rectified.

Our version of the Obi-Wan Kenobi minifigure in 75334 Obi-Wan Kenobi vs. Darth Vader, which features a brand new design with a wraparound robe – matching the character’s appearance in the limited series – features oddly misaligned printing along his hip and leg elements. That gives the Jedi Master a very unfortunate wardrobe malfunction, and really isn’t up to the LEGO Group’s own high standards.

While we know that the issue wasn’t isolated to our copy of the set (the same printing error can be seen in YouTuber David Hall’s review copy) it does look like it may have been limited to an early production run, as Ryan at MandRproductions has since published a review of the same set – and his Obi-Wan Kenobi minifigure is error-free.

That suggests the printing error was caught early in the production process, and has since been fixed for the sets that will hit retail on August 1. There’s also the possibility, however, that the printing error may be restricted to sets produced in one region – all review copies of LEGO sets ship out from Billund, while Ryan presumably purchased 75334 Obi-Wan Kenobi vs. Darth Vader in the US.

We’ll hopefully find out one way or another next week, when 75334 Obi-Wan Kenobi vs. Darth Vader launches worldwide. Once you’ve built yours, let us know in the comments below whether your Obi-Wan Kenobi minifigure is printed perfectly – or bears an egregious error (one the LEGO Group’s customer services should hopefully rectify without issue, by the way).