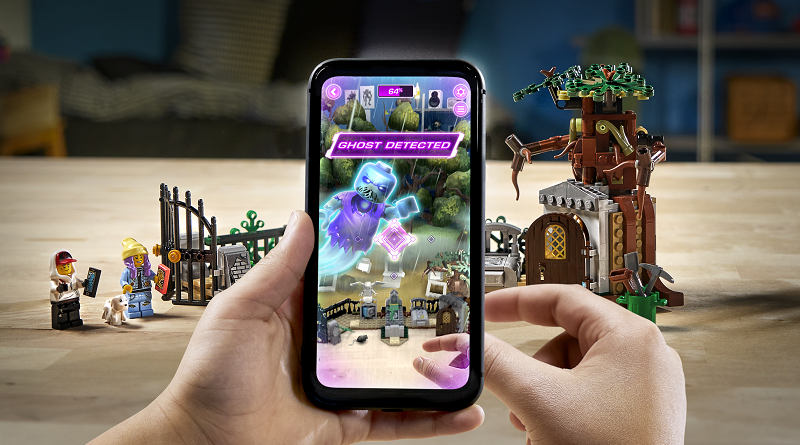 The LEGO Group recently unveiled a brand new theme with a paranormal twist. Hidden Side follows unusual activity going on in the town of Newbury, where unexplained happenings need to be investigated. Thanks to the complementary app that has been developed, fans will be able to do just that when the sets launch in August.

Brick Fanatics caught up with LEGO Senior Product Lead Murray Andrews at New York Toy Fair to find out a bit more about how Hidden Side was developed. Matt Booker, Social Media Editor at Fantha Tracks, kindly conducted this interview on behalf of Brick Fanatics.

What influenced the story and design of LEGO Hidden Side?

What is interesting about LEGO Hidden Side is it is this mixed reality experience that we are creating, this idea of trying to have one hand in each world, the digital and the physical. The ghost, spooky thing lends itself really well to that, with the idea of this hidden side seen through the app that Professor J.B., one of the main characters in the story has created.

Jack and Parker are two of our kid main characters and they go to school at Newbury High, which is one of the sets that we have got. It is a wonderful set, there are loads of cool details in it.

What is cool about LEGO Hidden Side is this idea that the kids can download Professor J.B.’s app and really see the ghost realm, to bring these sets to life. Something that’s important is we are not trying to take away from the core LEGO experience. We are trying to layer on top of that with the digital side with some cool interactivity, where the kids are playing physically and playing digitally. We call it LEGO fluid play, where they move seamlessly between the two modes of play. 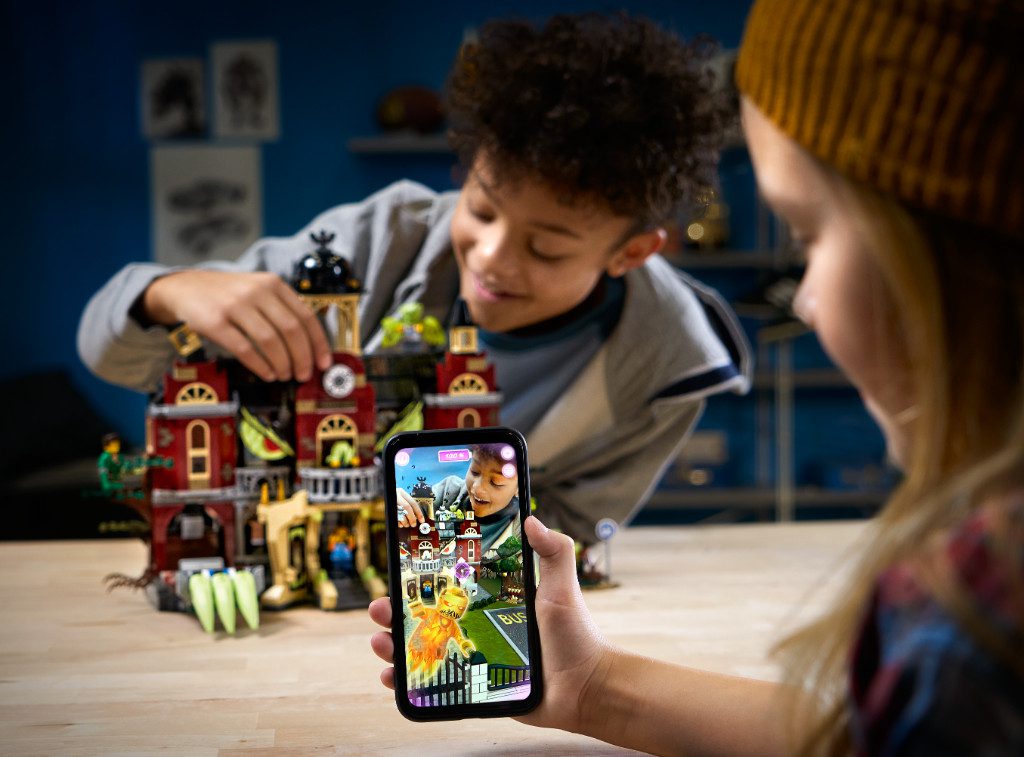 How were the sets designed to work with the app?

There were some interesting thought processes, obviously we know that the LEGO designers can make these awesome sets, but we had to think about the digital side.

It created some new challenges – a simple example is you are holding the phone in one hand and you have to interact with the model, you have only got the other hand to do it. So they had to simplify some of the functions to be able to use one hand rather than two handed functions. That was just an interesting journey that we went on with this project, with the designers having to learn new ways of making things work.

Did the model designers have input into the app?

Yes, 100%. It is a team process, we can’t just design the sets in isolation and then the app in isolation. This is a project that has been built from the ground up as a mixed reality experience so all the teams have to work very closely together.

What is different about this theme to previous spooky LEGO themes?

What is exciting about this is that it has one hand in each world. It is called LEGO Hidden Side and this whole ghost realm that you can only really see through Professor J.B.’s app, helping Jack and Parker on their adventures to save Newbury.

Which of the sets is your personal favourite?

That is a good question. They are all cool, aren’t they? I like different parts of each one, I think the school house has got this great transformation feature, it starts off in its normal state then physically you can manipulate it with some functions that transforms it into this really cool, haunted school house. I think that is a real winner.