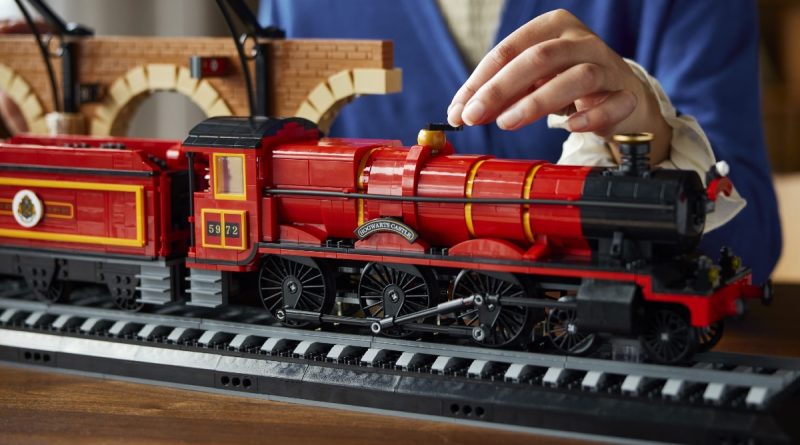 The LEGO Group has released a designer video for 76405 Hogwarts Express Collectors’ Edition, revealing some of its hidden details in the process.

Following the release of a particularly ambitious LEGO set, the LEGO Group will release a designer-led video exploring its unique features. The most recent video accompanies 76405 Hogwarts Express Collectors’ Edition – a new model in the LEGO Harry Potter range.

Hosted by LEGO designer Marcos Bessa and LEGO graphic designer Peter Kjaergaard, the video takes a closer look at the set’s features. While some of these will be obvious (like its use of light bricks and high quantity of minifigures) other pieces of information are less so.

The video also touches upon the broader design process of the set. Since all LEGO Harry Potter sets draw inspiration from the movies, the designers work to match most minfigures to their on-screen counterparts – going through the films on a frame-by-frame basis if necessary.

However, there is one element of the set the designers are more mysterious about. While its exact nature is not revealed, it’s stated that we cannot reach Hogwarts without it. We think we know what they’re referring to, but we won’t spoil it here; our review of the set will shed a light on all of the set’s features if you’re curious.