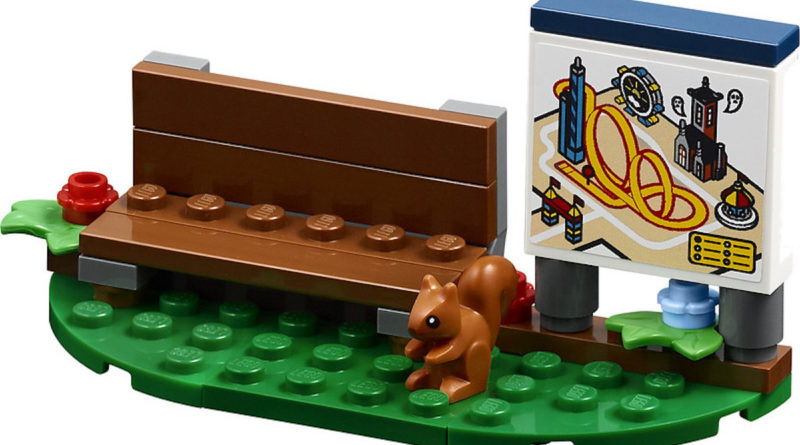 As well as plenty of fast-paced thrills and spills, LEGO ICONS 10303 Loop Coaster is packed with plenty of squirrel-based whimsy.

Take a look at our video for the upcoming LEGO ICONS 10303 Loop Coaster and it’s clear to see that the set’s designer had way too much fun creating the model. Unlike some previous LEGO roller coasters, the LEGO Group has incorporated plenty of humour into its upcoming park ride, but why does that mean lots of squirrels?

Study the images of LEGO ICONS 10303 Loop Coaster and you’ll find that the cheeky critters all over the place. There’s a small squirrel included alongside the 11 minifigures, a no-squirrels logo appears on the entrance to the ride and those tasty hotdogs are just waiting to be swiped by tiny paws.

In addition, the furry fella also pops up in one of the photographs taken during the thrill ride, suggesting that squirrels somehow get to hop on the Loop Coaster for free. The set’s creators have yet to reveal why there’s so much love for squirrels in LEGO ICONS 10303 Loop Coaster, but we’re betting there’s a fascinating designer video on the way at some point in the future…