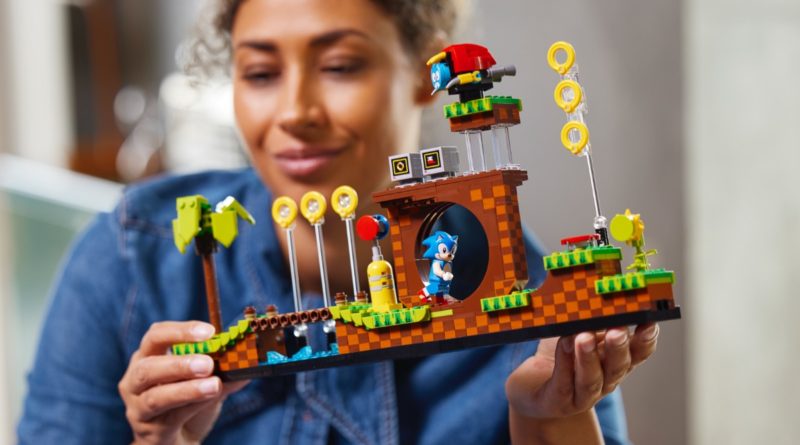 Available from January 1, 2022, the 1,125-piece set is based on a concept by 24-year-old fan designer Viv Grannell, who managed to gather 10,000 votes for their original submission on LEGO Ideas. It then hung in review limbo for several months, before eventually getting the green light in February 2021.

Inspired by Sonic the Hedgehog’s original first level, the Green Hill Zone, the final model is fairly faithful to Grannell’s original design. It’s kept the general template of the modular, semi-two-dimensional representation of the game, but it’s now anchored around a black display base that – according to the press release – can ‘connect to other Architecture sets’, whatever that means.

Perhaps the biggest departure from Grannell’s submission is in the choice of characters – included alongside an updated Sonic minifigure are Crabmeat, Moto Bug, Dr. Eggman and the Phantom Ruby, the latter of which appears to be just a gem on the official images. The original pitch instead included characters unique to Sonic Mania such as the Hard Boiled Heavies and a variety of animals to rescue.

“Just about anyone who has enjoyed video games on any level in the last 30 years, knows and loves Sonic – and has probably sped through the unforgettable Green Hill Zone with him,” said LEGO Ideas Design Manager Sam Johnson. “We have designed this set to be just as colourful and fun as the in-game version of The Green Hill Zone, then filled it with lots of Easter eggs and even prizes to help fans enjoy some of their most beloved gaming icons in a brand new way.”

The set also includes 10 boxes of gold rings, a lever to spring Sonic into the air, and a series of gems that you’ll earn as you build the set, replicating how they could be gained throughout the original game’s special stages.

Support the work that Brick Fanatics does by purchasing your LEGO Ideas sets using our affiliate links. Thank you! 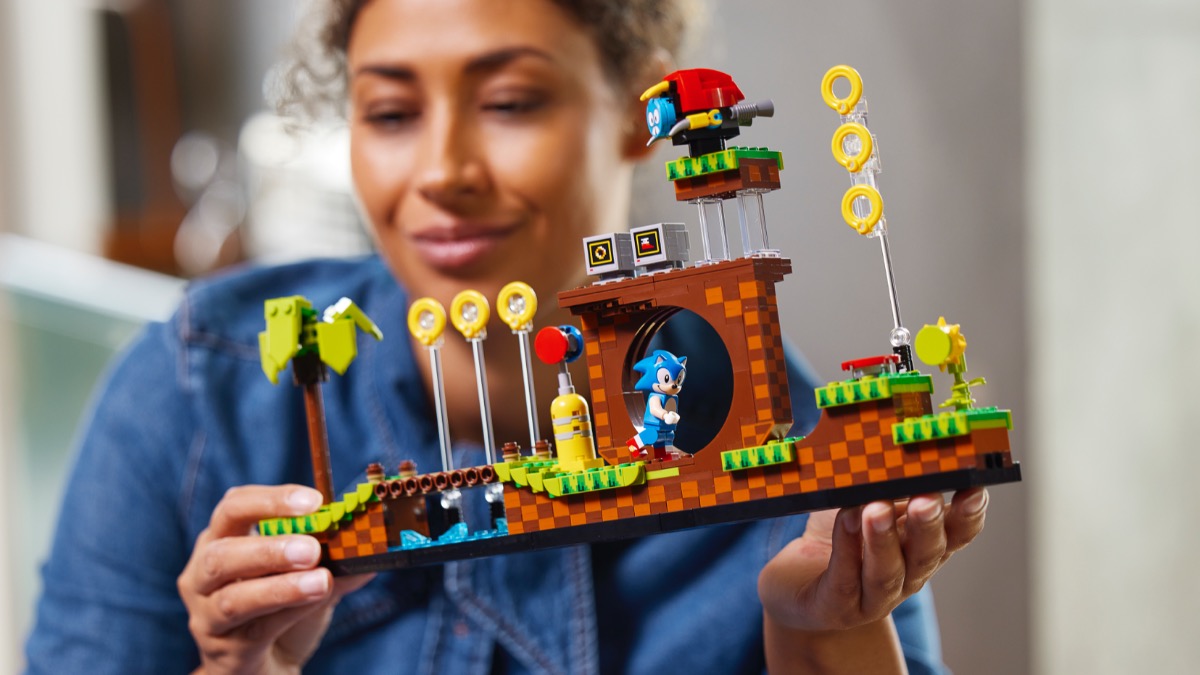