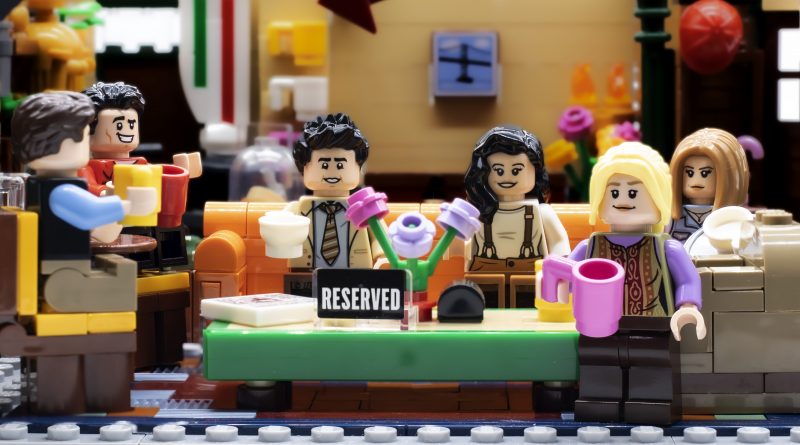 Since the LEGO Ideas theme began a whole host of sets based around much loved television shows have been immortalised in brick form and now it’s the turn of Friends, one of the most popular TV sitcoms of all time, which just happens to be celebrating its 25th anniversary this year.

1,070 parts – including several pieces in new colours – come together to create LEGO Friends 21319 Central Perk, the coffee shop of choice for the six titular friends, but in a clever design choice the LEGO set is also a recreation of the TV studio the show was recorded in. There are seven minifigures in the box, all exclusive, making up the Friends core cast as well as Central Perk’s barista Gunther. 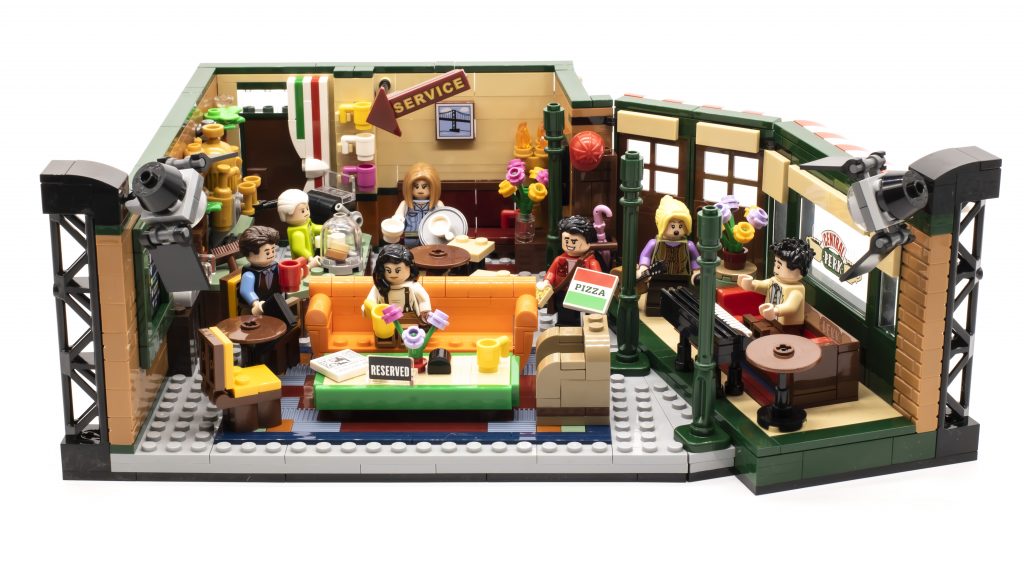 Over the course of its 10 seasons, Friends was a sitcom that defined the 1990s. For a brief moment in time there wasn’t a girl alive on the planet who didn’t want the ‘Rachel haircut’ and most chat up lines from guys started with ‘how you doin?’. The characters have gone on to become some of comedy’s most beloved, continuing to find new audiences through streaming services. Will the show’s magic translate into a LEGO set?

The short answer is ‘absolutely’. Feelings of nostalgia are stoked by the 1990s style box art, complete with easter eggs from the show. The manual does a great job to explain how much a phenomenon the series was, with the fan designer and LEGO design team interviews doing a great job of building excitement for the model.

On the face of it 21319 Central Perk looks quite straightforward but it’s actually a far deeper and involved experience than it first seems. To recreate the unique angles of the Central Perk television set, the designers have used a clever mix of hinges and wedge plates that fit together perfectly. It is not a common technique for constructing a LEGO base but it is incredibly satisfying when it all slots together.

Once the build turns its attention to the internal walls the experience just gets better and better. The SNOT techniques used for the cabinets, the sub assembly for the radiator, the use of 1×1 headlamps, 1×1 slopes and 2×3 plates for the shelving, the pearl gold coffee machine and all of the pockets of detail not only add incredible accuracy but, at this scale, brings a real charm too.

In fact at every stage there are so many wonderful techniques on display. The 2×2 tiles placed at right angles to create the three seater bench, the clever design of the coffee counter using 1×2 slopes to create interesting angles around the base and even the way the 1×4 printed panel menu is framed make this a great set to construct. Even better, it acts as an indispensable learning tool for fans of free building too.

Clearly there has been a lot of thought behind every single step but more than that, so much love for the source material has been poured into it. Both the printed pieces, including the Central Perk sign on the window (which can be reversed for either indoor or outdoor display) and the stickers, of which there are only five, add so much richness as well as being wondrous easter eggs that fans of the show will delight in. The model also comes with key accessories including 15 coffee cups, three vases full of flowers, umbrellas, pizza slices, microphones, cookies and more.

The iconic couch, where the characters were seen in so many scenes, can be lifted out of the main build. It fits all six of the Friends minifigures and adds a great display option for those with limited shelf space. On the subject of display, 21319 Central Perk‘s colour scheme is a beautiful mix of dark and pastel shades while little pops of colour from the flowers and coffee cups dotted about help to make it a very attractive piece on the shelf.

The minifigures (all exclusive to this set) are fantastic recreations of the characters, each boasting outfits that have all been seen at least once on screen. Chandler is in an ‘oh so 1990s’ shirt and short sleeve vest combo and comes with a laptop. Rachel is in her waitress attire and comes with a serving tray. Ross is wearing his jacket and tie, accompanied by the keyboard he so memorably plays.

Monica features her tapered slacks and braces, with her accessory being a freshly baked muffin. Joey is in a casual open shirt and t-shirt, completed by a man bag and pizza – he doesn’t share food. Phoebe wears an appropriately hippyish shirt and comes with a guitar. Finally, Gunther is deocrated with his trademark shirt and tie.

Their facial prints are a little hit and miss – Ross looks exactly like his on screen character whereas Rachel seems a little more generic. Some of the alternative faces look a little too angry at times, but these are really small gripes with otherwise excellent minifigures.

This is a set that provides an intricate build with perfect little details. If it were a regular LEGO set it would be pretty amazing, but the fact it is based on such a popular television series makes it something really special. Fans of the show will be left shouting out ‘oh my God’ at all of the little references while more casual fans will be enthralled by the techniques on display.

21319 Central Perk is available exclusively at shop.lego.com. You can help support Brick Fanatics’ work by using our affiliate links. 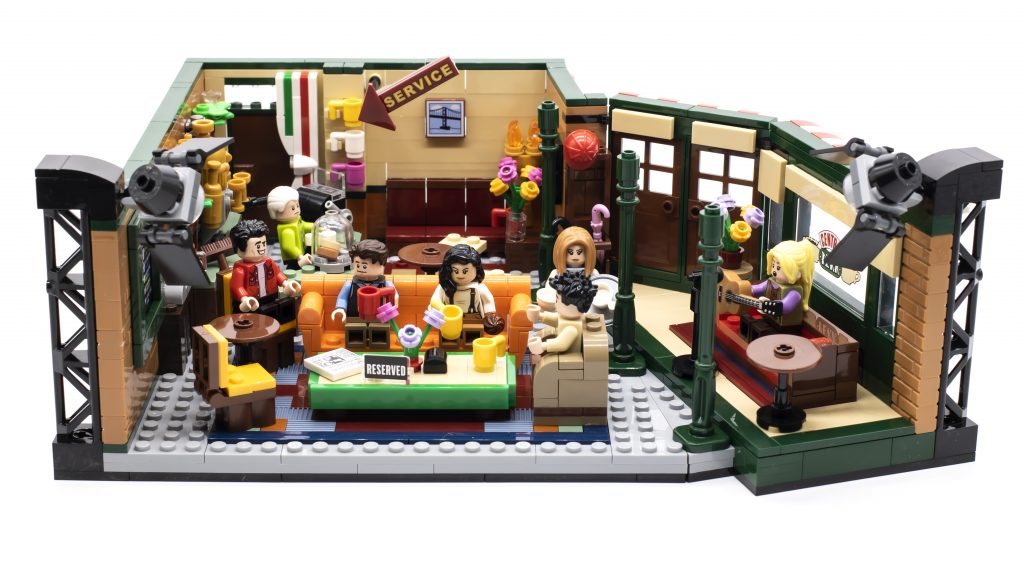