After public voting and review by a judging panel, the winner of the LEGO Ideas Moments in Space build contest has been announced.

The LEGO Ideas team launched the Moments in Space contest around six weeks ago, giving fans the chance to design a gift with purchase LEGO set. Celebrating the beloved LEGO Space theme, entrants were asked to build a small model that could be given away free at [geot exclude_country=”United States”]shop.LEGO.com[/geot][geot country=”United States”]shop.LEGO.com[/geot] with qualifying orders. Cosmic Rocket Ride! (Coin Operated) by mjsmiley is the winning entry, that will be released next year as part of a promotion.

mjsmiley’s build received the most public votes, and was selected by the LEGO Ideas judging panel as the winner. The official blog listed the reasons for the model being selected:

Overall coolness and originality: 25%
Brings back childhood memories
The overall function of the model is extremely cute and definitely adds value to the item
The model is vibrant in colour and would look awesome on the packaging

Relevance to contest theme: 25%
You imagine while you are riding that you are in or going to Space
Ride is obviously shaped as a space rocket

Best use of LEGO elements: 25%
Fits a Minifigure or a Mini-doll inside, bringing more emotional appeal

There were also 10 runner-up models chosen, plus an honourable mention. Brick Fanatics would like to highlight the second place entry, that came from contributor and talented builder Justin Winn, The First Boy on the Moon. 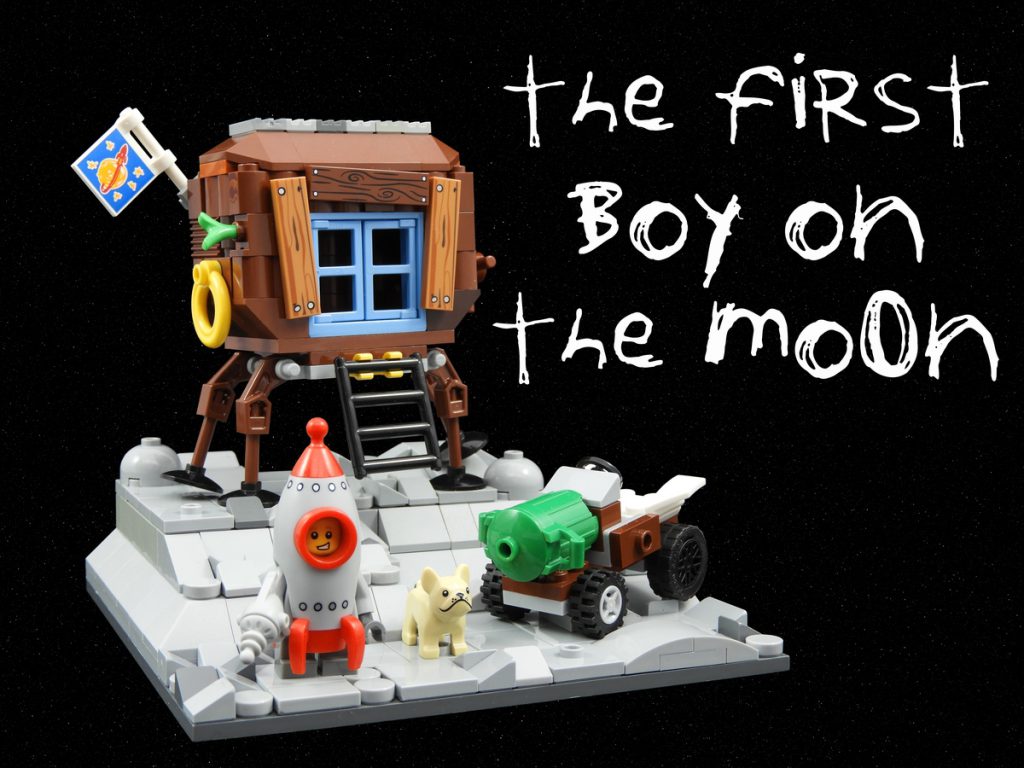