Scholastic have been partners with the LEGO Group for 15 years, publishing a range of books for children based on the beloved brick.

I’m Fun, Too! is a picture book that will be released this week, that is being billed as a special entry. “For many years I’ve wanted to do a picture book based on the iconic minifigure,” said Debra Dorfman, Vice President and Publisher of Global Licensing at Scholastic told Publishers Weekly. “We were so happy when Lego finally said yes.”

This new release is written and illustrated by Jonathan Fenske, a LEGO fan himself. “My whole childhood, from when I was about four on, all I wanted for Christmas and birthdays was a LEGO set,” he said in the article. “I still have them all in my office, with the instructions and all the pieces, that’s how much I loved them.” 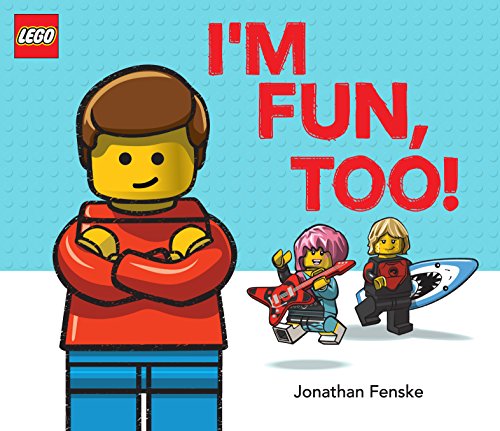 In this picture book, a classic smiley faced minifigure meets a bunch of modern minifigures in fancy outfits with detailed faces. He questions himself, and what his place it, until be finally realises that he is fun too.
Other new LEGO books will be released this year by Scholastic, including LEGO Brick Adventures and LEGO Harry Potter titles.

Fifteen years ago, Scholastic’s first LEGO tie-in book was part of the BIONICLE series. “I think the longevity [of the partnership] is due to the creativity they bring and we bring, the trust between us, and the IPs they’ve developed. They just love telling stories,” Dorfman said. “Our goal is always to get kids to read, especially reluctant readers, and this does it.”