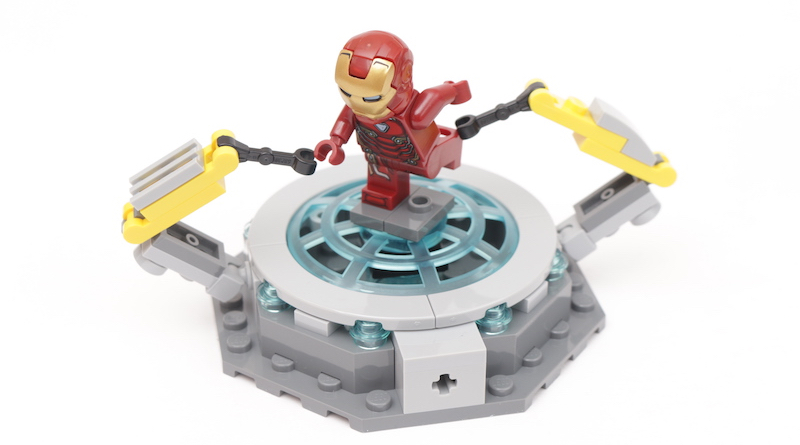 Sometimes it doesn’t take a complex build or an entirely movie-accurate recreation to make the perfect LEGO set. Sometimes, just an idea done right can create something that works perfectly first and foremost as its own thing, functioning as a great LEGO set with character and ingenuity in design, and only then as whatever it’s meant to be based on second. 76125 Iron Man Hall of Armor is one such set. 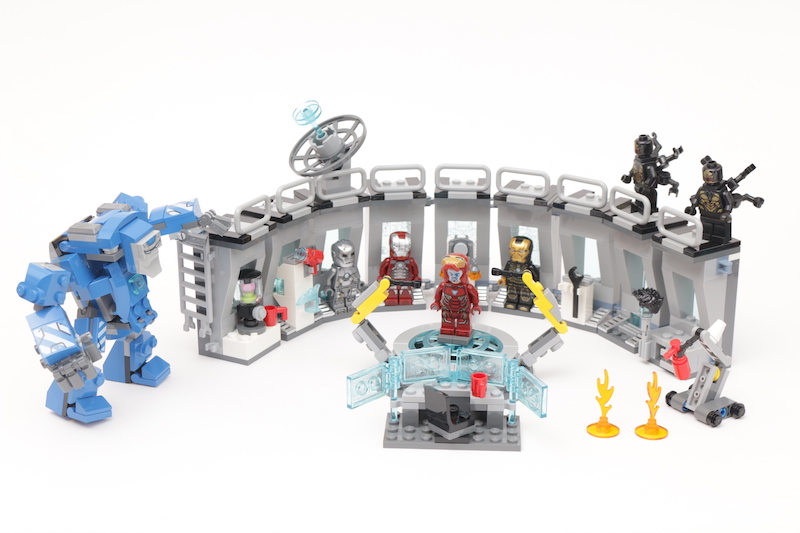 The modular concept to this Avengers: Endgame set is pretty clear. From picking up the box to putting together the first few display units that will each hold an Iron Man suit of armour, it’s a simple and repetitive build that for the most part requires you to put together nine almost identically-designed stands and then clip them together. Indeed, the Hall of Armor isn’t the most compelling construction, and for the £55 price there may be a couple of doubts during this process for why it costs what it does.

Yet, for what is a simple concept, its execution is truly brilliant, and makes this not only the stand-out set from the latest range of Marvel Avengers releases, but, one of the best LEGO Marvel sets ever created.

The simplicity to how it all comes together is its strength, rather than any weakness, with the clips that join the units to each other allowing for a flexible final structure, fluid in movement so as to create any number of ways to line up the suits either included in the set, or your own additions too. An interior-facing horseshoe is how the box art sets things up, but you can go for a straight line, exterior-facing curve, or something that snakes in between.

What’s important, though, is how it looks once populated with Iron Man minifigures. Since Marvel Super Heroes’ launch in 2012, fans have been hoping for an Iron Man Hall of Armor and regularly creating their own versions, as a quick search on Flickr can demonstrate.

It’s worth taking in the scale and scope of some of those builds, to better understand how a simpler, smaller approach here actually works best for what a LEGO set based on the Hall of Armor needs to do – effectively and clearly display what has been a stand-out feature across the last seven years of Marvel sets, the Iron Man minifigure in its various guises.

76125 Iron Man Hall of Armor serves its purpose in a fun, effective way that gives you, the builder, numerous display options and, if you have a bigger collection of Iron Man suits, the flexibility to combine more than one copy of the set seamlessly (as seamlessly as the expense will allow).

Adding to the modular aspect are the central ‘suit up’ rotating podium, and desk with four screens and all-important mug. It is worth recognising the size and detail that these have been created at – they are just right so as to be viable aspects to the set, but they are not oversized or over-detailed when connected to the line of armour modules. It allows for the modules to hold the most weight in the final set, at the same time as the podium providing a central point of focus, should that be desired in display (due to the modular make-up of this set, that’s really up to you).

Included are four Iron Man minifigures, as well as two Outriders. Whilst the lead Iron Man is the same MK 50 design as from the Infinity War sets from 2018, the other three are all highly desirable and suitably different inclusions, both for those looking to add to their Iron Man suit collection, and those looking for some variety in Tony Stark’s wardrobe.

Unfortunately, where simplicity is the Hall of Armor’s friend, it is not so kind to Igor. The big blue mech is perplexingly out of scale and shape in its conception for this set, but that is to prioritise play and the ability to house a minifigure inside it, as per its on-screen function. From play, it should work, but it ultimately makes for a bulky, out-of-sorts creation all the same.

The other more subtle design downside to 76125 Iron Man Hall of Armor is in the stickers on the screens at Tony’s desk. As they are in photos, they look in real life – hard to read. It’s easy to just say that black detailing would have been better, but that’s even more so when considering the suit backdrops. Excellently designed, stylistically they fit in perfectly with the suit display screens in 76007 Iron Man: Malibu Mansion Attack, except for the fact those from the 2013 set are drawn in black, not white. What could have been a perfect set crossover will have to wait.

These are minor criticisms to what is otherwise a must-have set for any LEGO Marvel fan. How relevant its tie-in to Avengers Endgame is doesn’t matter, how much it looks like any of Tony Stark’s on-screen Halls of Armor doesn’t matter (though, it really does). What is most important to realise about 76125 Iron Man Hall of Armor is that its function as a fun, play-and-display LEGO set is fully realised and genuinely fantastic. This is the set that for seven years fans of LEGO Iron Man have been waiting for, and it more than delivers everything you could have hoped for.

Purchase your LEGO Marvel Super Heroes sets through our official affiliate links to directly support the work that we do at Brick Fanatics.