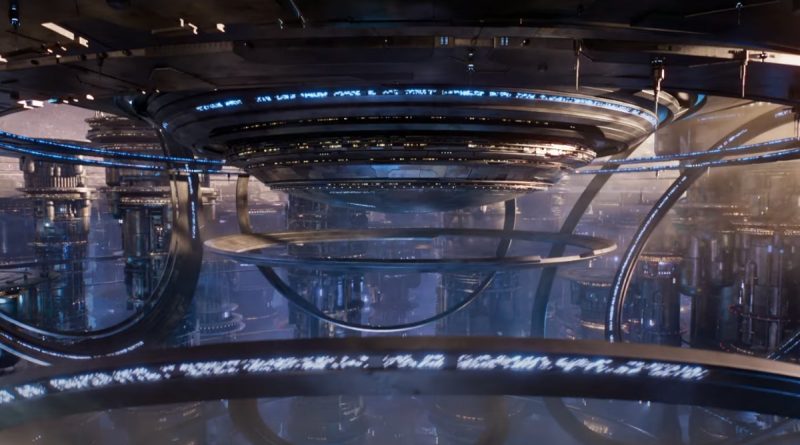 Rumours suggest Ant-Man and the Wasp: Quantumania will get a LEGO Marvel set, and with the new trailer, we’ve seen plenty of potential models.

The first trailer for Ant-Man and the Wasp: Quantumania has been publicly released, revealing vehicles, characters and more that could be depicted in a future LEGO Marvel model, according to recent reports.

Here are the rumoured LEGO Marvel sets for 2023, but none of them have been officially confirmed at the time of writing:

Watch the trailer above and read on to see five things that need LEGO sets from the Ant-Man and the Wasp: Quantumania trailer:

Ant-Man’s Giant-Man transformation is back in the upcoming Marvel Studios film, offering the potential for a larger minifigure model, but to the scale of the Quantum Realm, it’s not as big as it seems.

Cassie and Scott’s first encounter with the people of the Quantum Realm doesn’t appear to be a friendly one, but it does offer a colourful cast of characters within an interesting environment that could fit a minifigure accessory pack similar to 40525 Endgame Battle.

Kang isn’t alone in the Quantum Realm as a couple of scenes reveal a vast armada of vehicles and troopers, both of which could be recreated as LEGO models and minifigures. This could even be combined with a Giant-Man build to recreate the scene from the trailer.

Speeding past the camera later in the trailer, a strange ship that looks similar to the vehicles in Kang’s army is showcased. While it’s not been confirmed who this belongs to, its design lends itself well to a LEGO build.

2 – The massive but miniature city

The interesting architecture of the miniature, metropolitan city would also fit a LEGO set. It could be especially interesting to see how the LEGO designers capture the giant floating rings too.

Hope, Janet and Hank are featured on top of a manta ray-like creature that could take a page out of LEGO Avatar’s book, dedicated a model to this familiar, but strange creature with room for a trio of minifigures to ride on top.