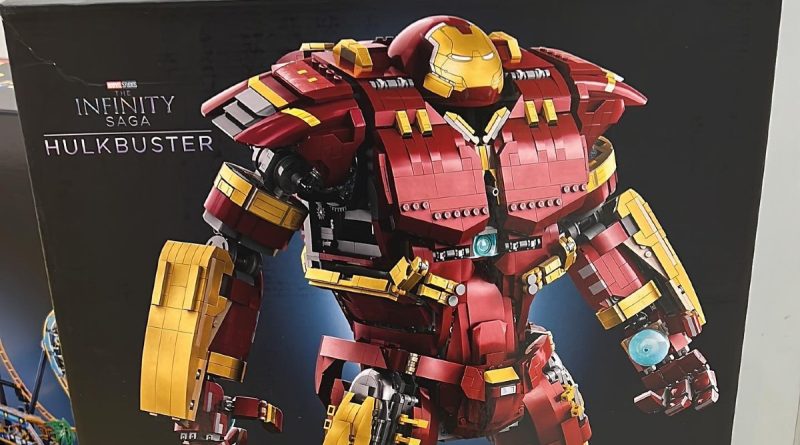 Another new and huge LEGO Marvel set has been prematurely revealed thanks to a find at a LEGO Certified Store as a Hulkbuster is coming.

Instagram user brickpedia has reportedly found an unrevealed Hulkbuster set on shelves early at a LEGO Certified Store in Indonesia. The LEGO Marvel set has yet to be officially revealed but this look at the box art provides a few key details for the model.

Thanks to this spotting, we know that the build will be made up of 4,049 pieces with a minifigure. It has moving limbs including the arms. It’s also electronic as evidenced by the ‘batteries included’ logo on the box with three light bricks – one in each hand for the repulsor and one for the arc reactor in the chest.

The previous huge LEGO Marvel Hulkbuster set – 76105 The Hulkbuster: Ultron Edition included a similar large dome element for the head, though additional printing and detail appear to be present in this newer version. The design appears, as pictured on the box, to be based on the armour as seen in Avengers: Age of Ultron

There’s also an informative plaque to display at the base of the figure with more details featured throughout the build. Due to the nature of this early reveal, nothing is known about the price or release date at this time and the LEGO Group has not officially confirmed anything regarding this set.