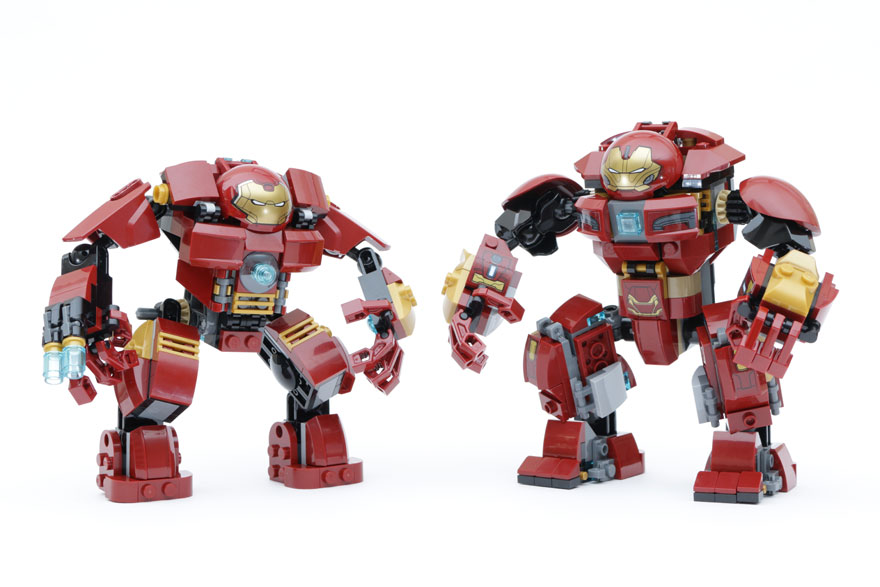 76104 The Hulkbuster Smash-Up will leave a strong impression on you, even if there are chinks in this 2018 update’s armour…

Taller, broader, a better price-per-piece ratio, an extra minifigure and a more intricate design, 76104 The Hulk Buster Smash-Up on face value immediately compares well to 2015’s 76031 The Hulk Buster Smash. However, there’s much more to consider about this mid-sized set from the new LEGO Marvel Super Heroes Infinity War range than just a quick comparison to its predecessor, like for example, how strong it is on its own two feet.

76104 is, much the same as 76031’s place in the Avengers: Age of Ultron LEGO range, a standout in the Infinity War range thanks to its eponymous mech that carries both instant comic book fanboy appeal and LEGO fan playability. This thing looks cool and, as you can tell from the number of ball and rotation joints, it has plenty of action poses in its repertoire.

In the three years since its debut in LEGO form, the Hulkbuster has not only grammatically changed (is no-one else irritated that we’ll forever have one LEGO Hulk Buster and one LEGO Hulkbuster?), but the build is noticeably more detailed in body, arms, and legs, albeit with the help of a portion of stickers where the previous one had none.

The central section can again house a minifigure – this time the Thor Ragnarok version of Bruce Banner – and is designed to open up in a more intricate way when compared with the single-piece swing-down method that 2015’s Hulkbuster had. It is certainly a more fluid function, but, it has come at the cost of elongating the central bodypiece. This is a cost because it has the effect of pushing the shoulders back and up, and therefore also altering the position and angle of the covering printed dome representing the mech’s head. When you attach the arms this odd positioning becomes more noticeable, and is very much to the Hulkbuster’s detriment. The head should be in a higher position, but, above the neckline, whilst the shoulders should be much higher, almost in line with the top of the head.

Those arms, however, benefit from being bulked up in the forearm section, as do the legs in their entirety – a quick glance at the onscreen version of the Hulkbuster will confirm that this is a step-up in authenticity. Then again, any more than a quick glance at the onscreen version will have you notice how the LEGO mech’s proportions as a singular, combined object don’t quite come together. The raised head and shoulders aside, this is predominantly down to gaps where the joints for each limb connect to the body, and it may have you looking at the main side build in 76104 scornfully. Without the film for context, the appearance of a large black ball-firing cannon on a mini tower housing one of the infinity stones is at best a puzzlingly and simplistic play mechanism, and at worst, almost entirely irrelevant to a set where a few extra pieces put into that Hulkbuster could have perfected its design.

The second, smaller side build, however, is a highly relevant inclusion to the LEGO Marvel line-up, offering a brick-made set of wings for an updated Falcon to pilot. Alongside the more accurately designed Sam Wilson minifigure (albeit with black legs where grey could have been more suitable), this offers a completely different and arguably better version of the character when compared to his appearance in 2016’s 76047 Crossbones Dangerous Robbery.

Comparing the Hulkbuster with its source material does leave it looking somewhat unfavourable, and this was a similar situation for 2015’s Hulkbuster. Just like the 2015 version, though, the 2018 LEGO mech excels at what matters more than technical accuracy, and that is just being a strong and well put together construction toy. Indeed, compared with other LEGO Marvel Super Heroes sets, it has much more going for it, thanks mainly to a solid range of poses that goes some way to covering up some of those gaps in accuracy. The play function built into the right arm may carry better context once the film is released, but for an eight-year-old could be pretty fun – it’s straightforward and does let you do as the set’s name indicates, and that is smash things. A big robot that you can put a minifigure in, run around and demolish things with – it’s the simple things that make this set work so very well. Designers have also taken into account the looseness of the arm with the function in place, and so there’s the simple solution of removing one piece on the back to stiffen it back up again.

Playability made 76031 The Hulk Buster Smash the standout set from 2015’s Avengers: Age of Ultron range, and likewise should make 76104 The Hulk Buster Smash-Up a standout set from 2018’s Avengers: Infinity War line-up. Like its predecessor, the Hulkbuster benefits from its fanboy appeal and matches that with intricate enough design mechanics that make display and play equally as fun as each other and far more engaging than almost any other LEGO Marvel Super Heroes set on the shelves.

However, fans hoping that 76104 would represent an update on 76031 will be disappointed. To say it is would do a disservice to the very first LEGO Hulkbuster, which even three years on remains an excellently-designed mech. Where the advancements in LEGO design and parts available to the designers can be felt in the latest version, they have not resulted in an overall improvement to the finished, complete Hulkbuster. It shouldn’t put you off picking this up and enjoying it probably more so than any of the other LEGO Marvel Super Heroes sets currently available, but – however small they may be – the flaws from 2015 were there if you looked hard enough, and they are still apparent in 2018.

You can support the work we do on Brick Fanatics by purchasing your LEGO through our affiliate links. 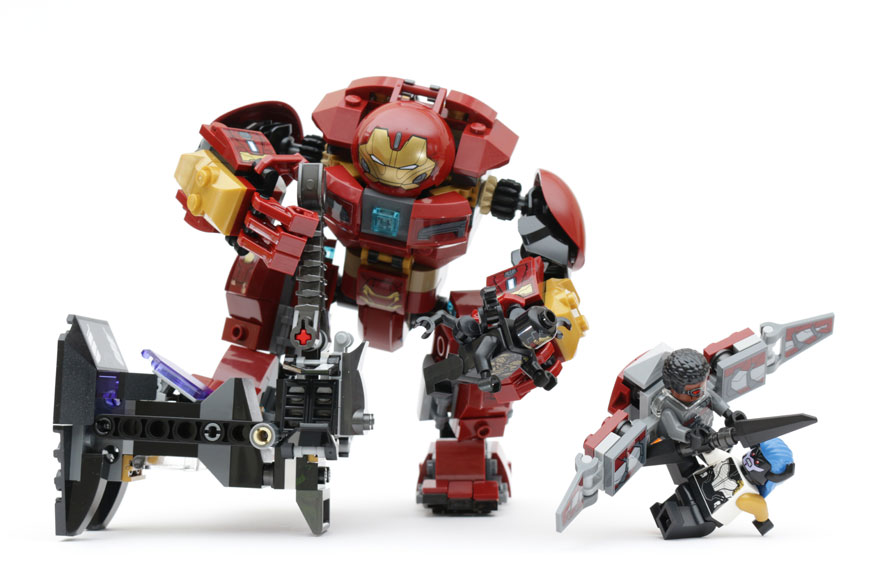