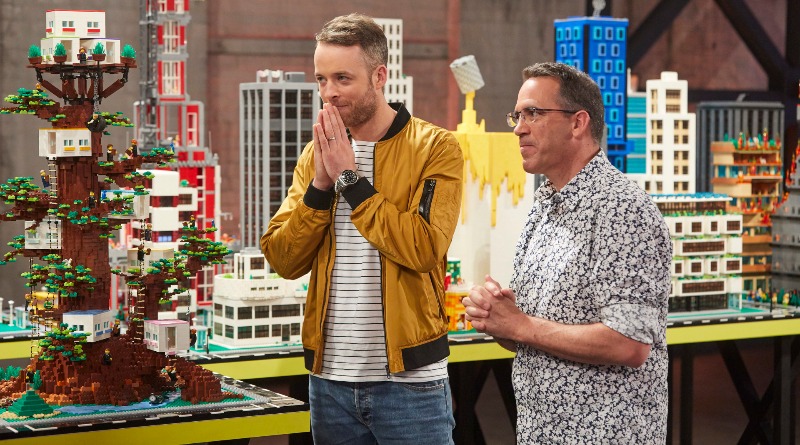 After two seasons of success in the UK, LEGO MASTERS is going down under – and a new trailer has revealed the air date for the Australian spin-off series.

There’s not long to wait, either, as the first episode will air on Sunday, April 28 on Channel Nine. The Australian version will stick to the same format as the British original, pitting eight teams of two contestants against each other in the ultimate build-off contest. Australian comedian Hamish Blake will host the series, while the Southern hemisphere’s only LEGO Certified Professional, Ryan McNaught, will be on hand to judge creations.

The first series will consist of nine episodes, as the teams descend on “The Brick Pit” to showcase their skills using 2.5 million LEGO bricks. The reward for winning is, of course, the glory of being crowned LEGO MASTERS, but there’s also a $100,000 cash prize to sweeten the deal.

“LEGO MASTERS is set to redefine family entertainment in 2019,” said Channel Nine’s Director of Television, Michael Healy. “This program is a celebration of creativity and wonderment and we believe it will have broad appeal across the generations.”

The Bake-Off-style show is also being exported to Germany and the USA, although there’s no word yet on when they’ll air. To find out more about LEGO MASTERS, check out the extensive Brick Fanatics coverage of the first two UK series. A third series is currently in the works for Channel 4.