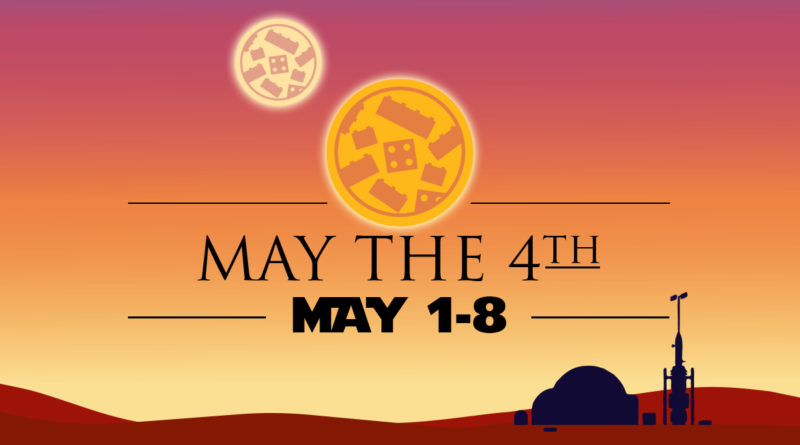 Trying to figure out how to make your money go further for May the 4th this year? Here’s everything you need to know about the LEGO Star Wars event in 2022…

Deciphering the LEGO Group’s many different deals, free gifts and double VIP points opportunities for May the 4th isn’t as easy as its landing page would have you believe, but we’re here to help – whether you’re hoping to snag a couple of free gifts-with-purchase, want to get the best deal on the newest LEGO Star Wars sets, or just can’t figure out if it’s worth shopping across May the 4th at all.

Three free gifts will be available for May the 4th this year, each with its own individual spend threshold. You won’t have to make three different orders to collect ‘em all, though: instead, a single order that meets the highest required spend will qualify for all three. Here’s a quick breakdown of the gifts-with-purchase, along with how much you need to spend on LEGO Star Wars sets to get them:

LEGO May the 4th deals

The LEGO Group hasn’t announced any discounts on its LEGO Star Wars sets for May the 4th in advance, but there’s still a chance that it could slash prices when this year’s event starts on May 1. Make sure to keep an eye on our May the 4th hub for any details on those.

Other retailers including Disney, John Lewis and Zavvi may all take the chance to run timely LEGO Star Wars deals across May the 4th, too. We’ll track all the latest discounts for you on our dedicated page.

A long list of LEGO Star Wars sets will be eligible for double VIP points across May the 4th, though it doesn’t include every single set currently available at LEGO.com. Most of the 18+ range is excluded, for example, as are the three new LEGO Star Wars Diorama Collection sets.

Here’s a complete rundown of every single set in contention for double VIP points – equivalent to 10% cashback for VIP members – but it’s worth noting that several of these products may already have retired in your region.

Looking for something new to splash the cash on to get those free May the 4th sets? Look no further than 75341 Luke Skywalker’s Landspeeder, this year’s headline May the 4th release and the latest LEGO Star Wars Ultimate Collector Series set. Retailing for £174.99 in the UK, $199.99 in the US and €199.99 in Europe, buying just this set will be enough to qualify for all three freebies.

The biggest Landspeeder to date includes 1,890 pieces and two minifigures, one of which is the single best C-3PO the LEGO Group has ever designed, and is sure to be worth a pretty penny on the aftermarket. Click here for a closer look at that minifigure and the entire set in our detailed review.

While you’re here, don’t forget to check out our dedicated May the 4th page for deals from retailers across the web, along with a brief history of the event if you’re unfamiliar with Star Wars Day. You can also sign up to our newsletter to stay up to date on all the latest May the 4th deals, discounts and freebies.