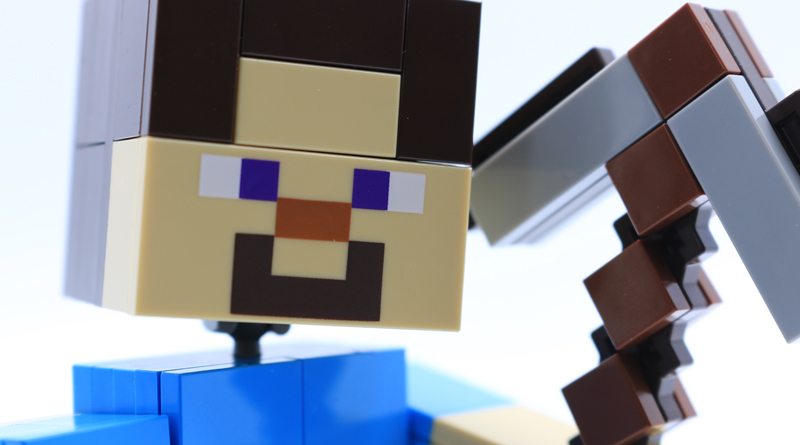 21148 Steve BigFig with Parrot offers something new in the LEGO Minecraft theme, but is it a new style collectors will want to get drawn into?

In recent times, figures within the portfolio of the LEGO Group have not been an area of extreme success, proven by the extinction of buildable figures along with the slow demise of the BrickHeadz range. So will LEGO Minecraft 21148 Steve BigFig with Parrot break the trend and offer something more appealing to fans of regular LEGO building? 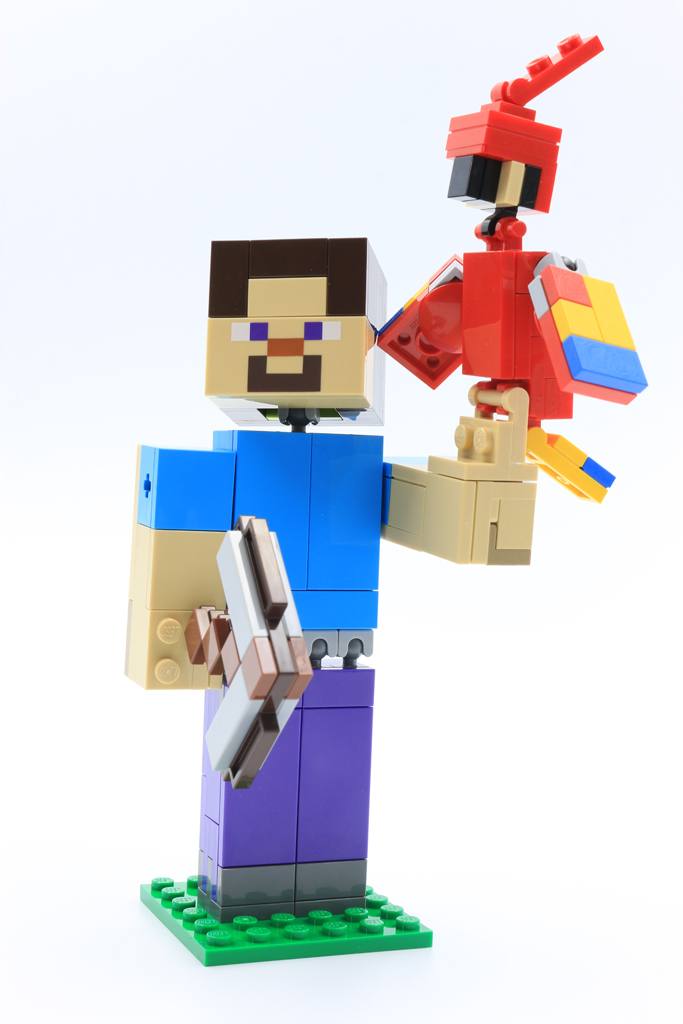 For any fan who has built a BrickHeadz model then this build will feel quite familiar, although without the stylised proportions. The torso is built first onto a 4×4 frame plate, with four ball joints added for the legs. Dark azure tiles finish the t-shirt and most of these pieces are uncommon in this colour.

Both the legs and arms use simple but effective techniques. Incorporating dark grey into the legs imitates shoes, while the arms are attached to Technic pins so they can rotate. Removable light tan 2×2 tiles mean that the character can ‘grip’ objects in either hand, and studs on top provide a handy perch for the colourful parrot. A tiny mechanism within the torso also allows the right-arm of the figure to swing in a mining motion which adds further playability

A new printed 2×4 tile perfectly re-creates the pixel features of the character and provides the head with plenty of blocky LEGO charm. The best new element has to be the Minecraft pick-axe, which looks identical to the one in the game and with 22 studs can easily be customised. Fans will definitely be hoping for other colours in future, like pearl-gold, to upgrade the character as seen in the game.

Perhaps the only downside of 21148 Steve BigFig with Parrot is the limited poseability, but this does match the mechanics of the actual game. If you are a fan of Minecraft then this BigFig will appeal either for its playability or as a rather geeky desk decoration – or both.

21148 Steve BigFig with Parrot is available now at shop.lego.com. You can help support Brick Fanatics’ work by using our affiliate links. 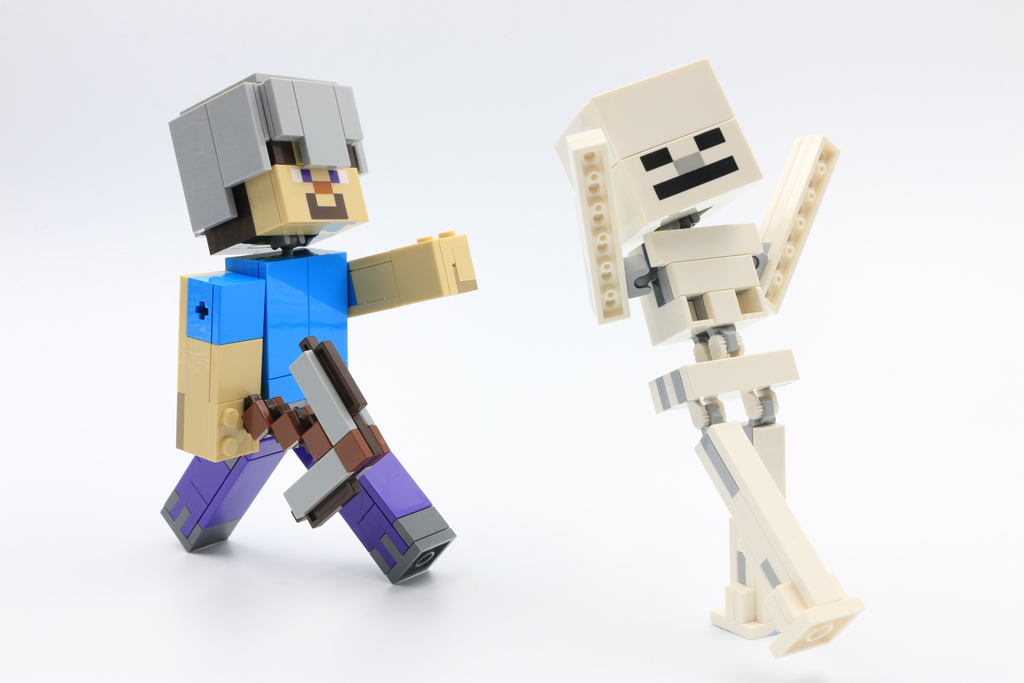