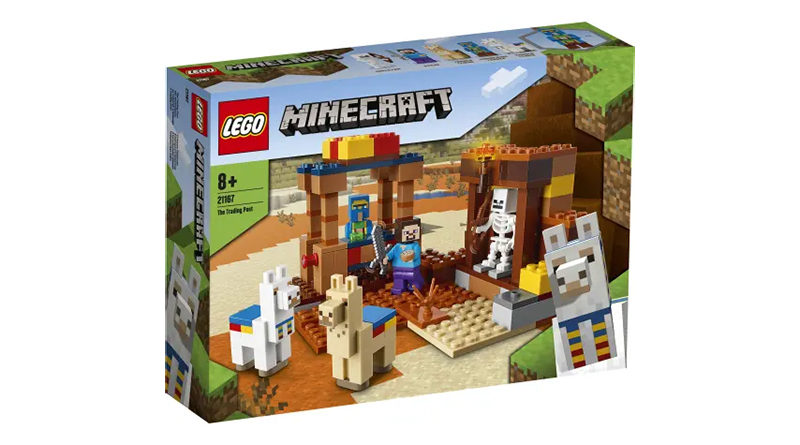 An official boxed image has turned up, revealing LEGO Minecraft 21167 The Trading Post.

Two new LEGO Minecraft sets – 21165 The Bee Farm and 21166 The “Abandoned” Mine – were revealed recently, with a third now joining them. 21167 The Trading Post is also expected to be part of a December wave of sets for the theme.

21167 The Trading Post has turned up at promoklocki with a single boxed image, revealing that the set will be packed with llamas and will include three minifigures. The set is 201 pieces and builds a small outpost with two stalls.

Based on the smash hit video game, Minecraft has been part of the LEGO portfolio for seven years now. Two new sets launched in the theme earlier this year – 21163 The Redstone Battle and 21161 The Crafting Box 3.0, each offering something very different. The former is based on the new Minecraft Dungeons game, while the latter aims to offer a more creative, less prescriptive Minecraft set.