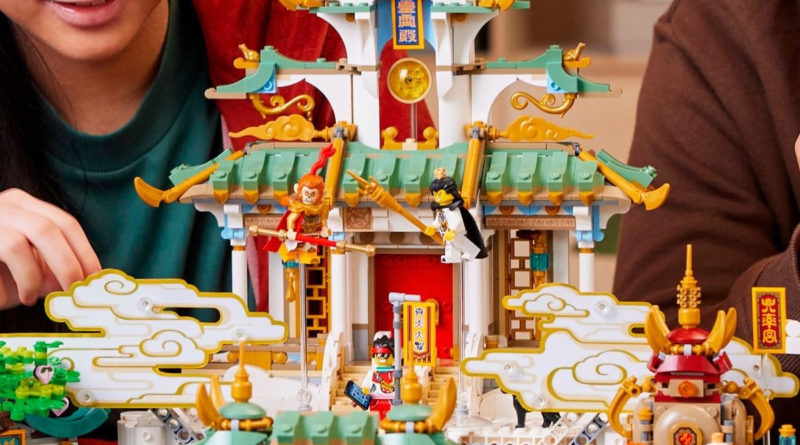 The latest collection of LEGO sets inspired by Chinese mythology is now available to buy at LEGO.com.

The Monkie Kid theme reflects the LEGO Group’s growing interest in the Chinese market, and takes its cues from the epic story Journey to the West. A perennial favourite in China, the story has earned many different reinterpretations since its publication. The LEGO interpretation retains many of the story’s characters and events, albeit filtered through a rather different lens.

Three different LEGO sets are included in this new wave. On the cheaper end of the spectrum, we have 80037 Dragon of the East. This takes the theme into underwater territory and provides a vibrant robotic dragon for us to combat. 80038 Monkie Kid’s Team Van, meanwhile, includes all the theme’s main characters and offers an entertaining set on its own merits.

The largest set of this new wave is 80039 The Heavenly Realms. This depicts a massive temple in the clouds packed with detail; parts of the build can also hinge apart. A large array of minifigures makes this set even more enticing.

You can see prices and part counts for all three of the new sets below. However, they won’t be available in the US for another couple of months.