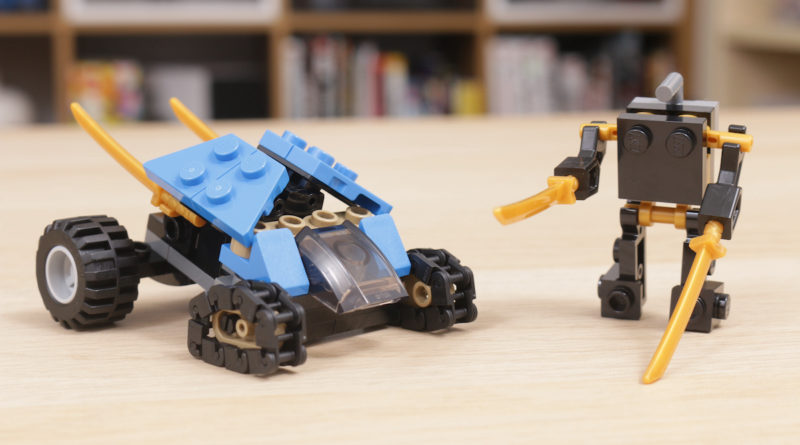 The greatest LEGO NINJAGO set ever was first remastered and is now paid tribute to in polybag 30592 Mini Thunder Raider, currently available as a gift-with-purchase.

The polybag is a mini version of 71699 Thunder Raider, which was a loving and upscaled remaster of quite probably the best NINJAGO set ever made, 70723 Thunder Raider. Ok, by today’s standards perhaps it’s now only top five, but everything (bar dragons) that works so well about NINJAGO was so wonderfully captured in that 2-in-1 set that included not only the Thunder Raider but also the Earth Mech. Both vehicles were effortlessly but so effectively designed in that 2014 creation and then very smartly updated in 2020’s 71699 Thunder Raider.

30592 Mini Thunder Raider most certainly doesn’t live up to the same billing thanks to the scale and piece-count available here, but it still serves as a nice tribute to the two previous versions of these builds, even able to combine the two vehicles in the same way.

In addition, 40567 Forest Hideout is available from June 15 to June 22 at LEGO.com or in LEGO stores, awarded with purchases of LEGO merchandise of £150 / $150 / €150 or more, so anyone targeting that Classic Castle remaster will automatically receive this mini tribute to a great NINJAGO set.