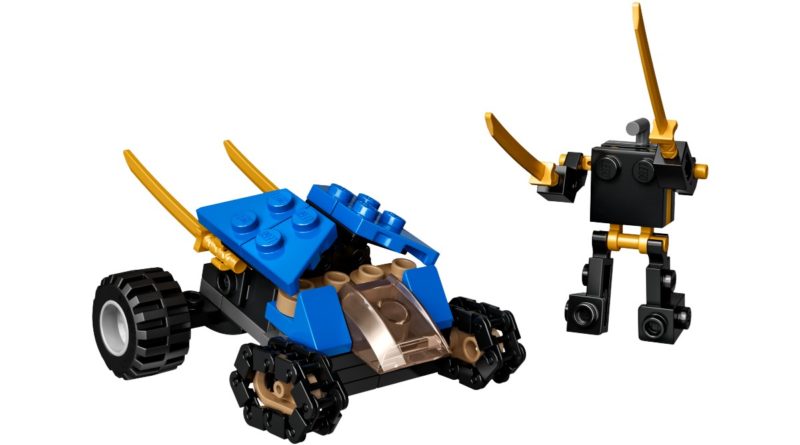 A free NINJAGO polybag, with a LEGOLAND offer, is now available with qualifying orders on the official online store, recreating a classic set.

That availability period means it crosses over with 40567 Forest Hideout for seven days, just in case you wanted to push your latest purchase to £150 / $150 / €150 or more. However, those planning on ordering less can still look forward to the free NINJAGO set. It recreates 71699 Thunder Raider form 2020 at a smaller scale, featuring both Jay and Cole’s vehicles still.

As showcased in the corner of the bag, these two models can also be rebuilt into a jet resembling Jay’s vehicle from the Rise of the Snakes season, offering further value.

The back of the bag, as featured on LEGO.com, also reveals a voucher for free entry for kids at select LEGOLAND parks when an adult ticket is purchased. That might not be valuable to everyone, but it’s a good extra incentive as part of 30592 Mini Thunder Raider.