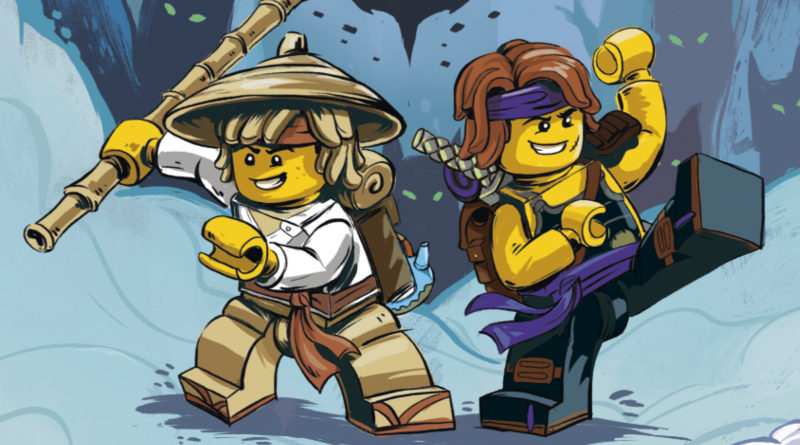 A pair of new NINJAGO books have been revealed, promising to share never-before-told stories from the popular LEGO theme, and they’re out later this year.

Master Wu and Garmadon will be joining forces in a series of books in late 2021 as the NINJAGO characters revisit a time when the two brothers adventured as a team.

Spinjitzu Brothers is a new collection of NINJAGO novels from Tracey West, who has frequently worked on other LEGO storybooks before. However, this time the stories will focus on the past adventures of the sibling characters, a timeframe hardly touched on by both the TV show and LEGO sets.

There will be two issues kicking off what could become a larger series later this year with one titled The Curse of the Cat-Eye Jewel and the other named The Lair of Tanabrax. Both will include new characters and villains as well as original illustrations created specifically for the books.

If you’re interested in the story of LEGO NINJAGO, you might be keen to know that these have been confirmed as canon stories by co-creator Tommy Andreasen, so they’re potentially something not to miss.

Both issues of LEGO NINJAGO Spinjitzu Brothers launch on September 7 and are listed on Penguin Random House as costing $9.99, so expect a price around £7.99 / €7.99.