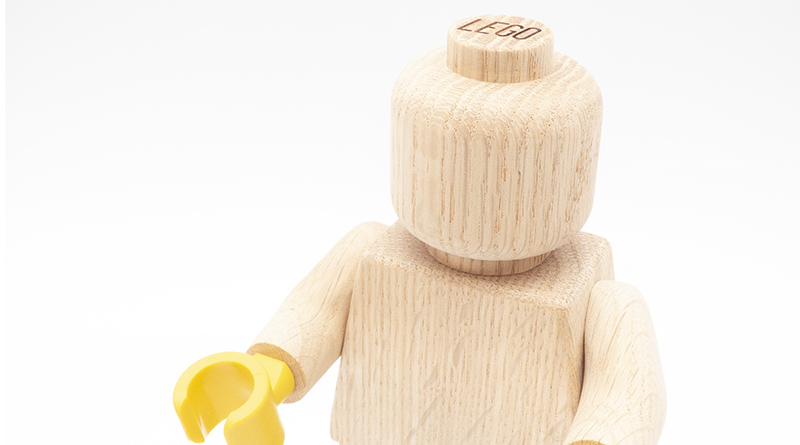 LEGO Originals 853967 Wooden Minifigure celebrates an icon as well as the LEGO Group’s wooden toy beginnings. Does this piece belong in every fan’s collection?

In 2007, something clicked at the LEGO Group. 10182 Café Corner demonstrated that the company had landed on something outside of Star Wars that was exactly what adult LEGO fans wanted. Since then, the number of adult-orientated products has increased gradually, until it exploded this year, with many sets such as 75810 The Upside Down and 75936 Jurassic Park: T. rex Rampage only having the mature fan in mind.

LEGO Originals 853967 Wooden Minifigure is another of those products like 10182 Café Corner, that not only has the adult fan in mind, but is likely to prove completely irresistible to them. There is something delightful about seeing small LEGO elements upscaled, and few fans would not want a beautiful wooden minifigure model on their desk or shelf. 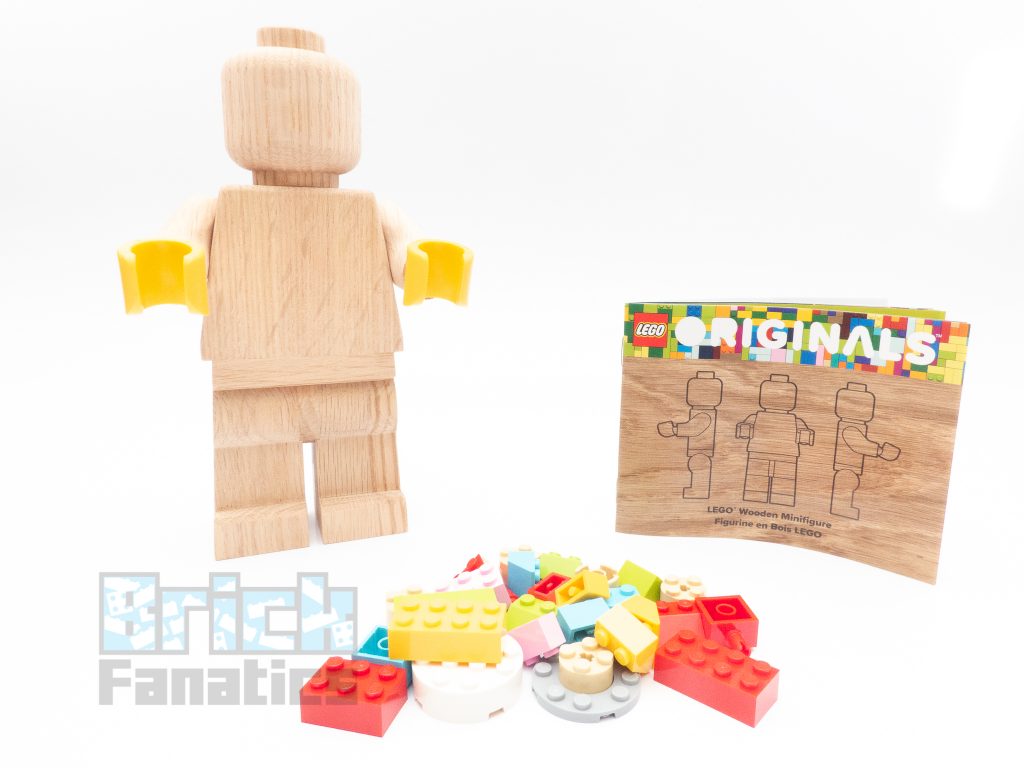 The execution of this simple concept is excellent. Packaged in a nice, sturdy box with a lid, a coloured brick design within houses the 5:1 scale wooden minifigure. It is very well presented to give a slightly higher end vibe that feels perfect for a gift.

When removed from the box, the sculpture clearly reflects the proportions of a minifigure, so has all of the charm that the little icon does. None of the wooden parts of the figure are posable. The LEGO text is etched into the ‘stud’ on the minifigure’s head. Across the model, the finish on the oak is nice and consistent.

It is due to safety and quality reasons that plastic yellow hands are featured rather than wooden ones. They look good in yellow and probably would not have benefited from matching the arms. By having them as plastic inserts, they can be rotated.

Those hands can interact with the included LEGO elements. A small selection of 29 pieces are included, to build some basic accessories for the model to hold. In the small booklet that is also contained within the box, there are pictures that clearly show how to construct a few models including a camera, guitar and pencil.

The booklet also features inspiration for decorating the model, including examples of how LEGO employees have decorated the wooden minifigure. For many fans – such as this critic – the wooden minifigure looks absolutely perfect as it is and no paint will be going anywhere near it. For those who are more visually creative, they have a blank canvas to work on and will be reaching for the paint brush already.

This creativity angle seems slightly tacked on to fit in with the LEGO Group’s ethos, as it seems likely that most fans will be displaying this piece ‘as is’ – though the option for customisation is certainly there.
Whether the heritage aspect appeals will depend on the individual – the LEGO Group started as a wooden toys company, so there is a link there. Even if that were not the case though, a minifigure carved from wood works visually. It has a classier feel than were this a 5:1 plastic minifigure.

It is hard to find fault with this product at all – the only drawback is the price. Is this worth £109.99? Even more so than traditional LEGO sets, the ‘double what you think it should cost’ rule seems to apply. It does make for a beautiful decoration though and it is an easy Christmas gift to request from those relatives who are easily confused by set numbers.

Anyone looking to add a slightly upmarket statue to their LEGO area will want to consider 853967 Wooden Minifigure, with confident creative types likely to get the most from the model. Given the instant AFOL-appeal and successful execution of the concept, this one is likely to be popular. 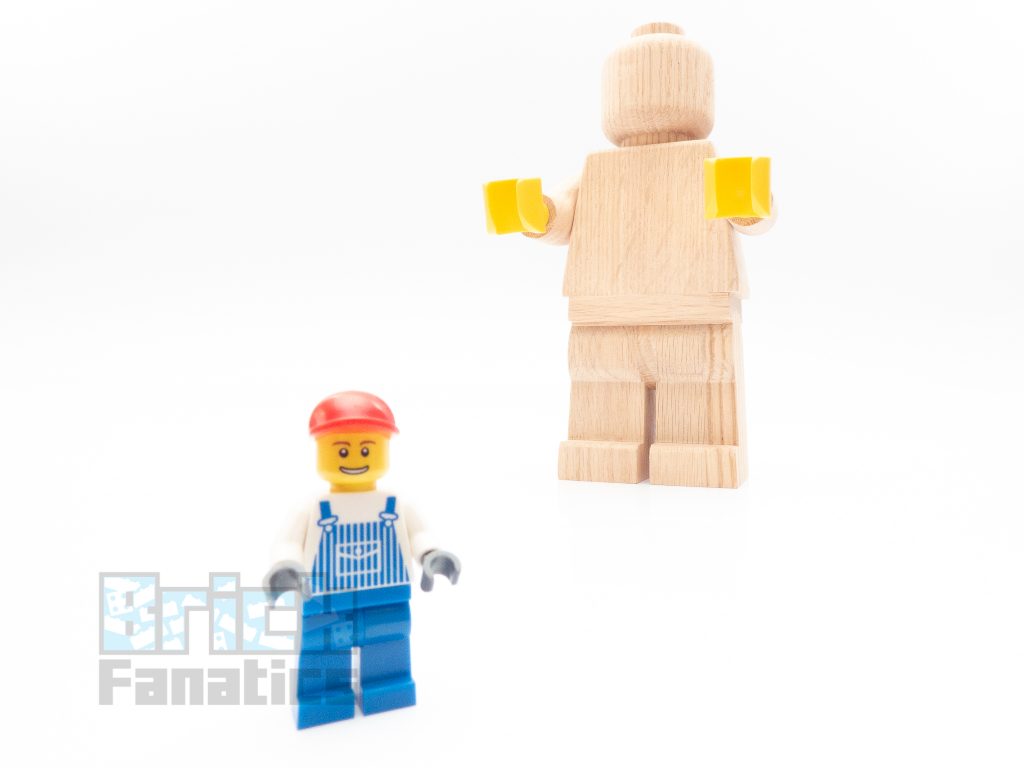