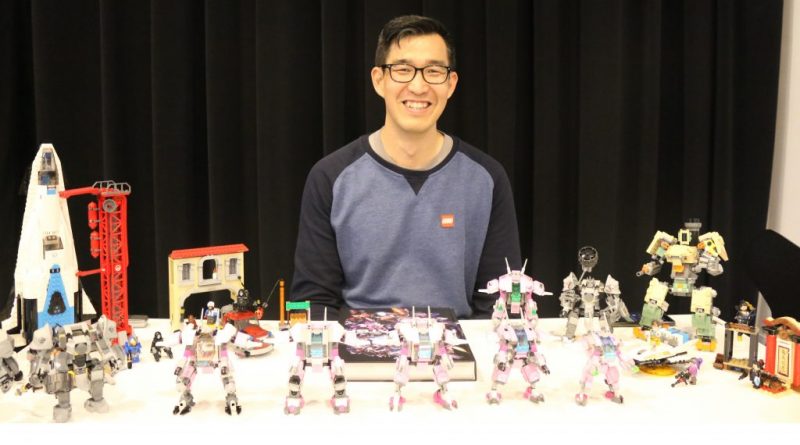 With LEGO Overwatch joining the LEGO portfolio, a team of designers defined what this new range would be

Overwatch is a fast-paced, team orientated multiplayer video game. It has a rich world with a compelling story. But how are those aspects captured in a LEGO theme? It is a something that the LEGO designers who came together for LEGO Overwatch had to figure out.

What was your experience of Overwatch before working on it?

I have always been interested in concept art, I have collected books like that as a hobby. I just read them as hobby, I draw sometimes, so before joining the project I was aware of Overwatch, I knew the artwork. I love the artwork and many of the designers on the project, even if we did not play the game before joining the team, one way or another were attracted to the franchise or the brand. And many of us asked to be on the team when we heard the company was making it. So we went to our managers and asked if can we work on the team. Once I joined the team I started playing a lot – really a lot – for research [laughs].

How did you tackle the inherent conflict in a shooter game?

The conflict, or the fantastic conflict that we have in Overwatch is no different to any other fantasy conflict we have done so far, so it wasn’t really a big issue. Fantasy conflict is always a good play starter, we do it all the time in Star Wars, Super Heroes, NEXO KNIGHTS… it is all just make believe story telling. If you look at the game itself, you have got a tesla cannon, you have Ana using a gun that actually heals people, you have someone fighting with hi-tech swords – so it is all make believe weapons to begin with so there isn’t really anything we needed to avoid.

What reference material did you work from?

Most of the reference material we were able to get it online, if you got to the Play Overwatch website they actually have downloadable material online where all the details on the characters, all of the mechs, it is quite readily available online and we didn’t really have to get it from them. We did get some from Blizzard, but there is so much online we didn’t really need it.

What was the initial brief for Overwatch?

Like most other projects, when it starts, at least with new IPs that I know of, it always starts with what we call a ‘boost’. So we would have maybe a week of a boost where model designers can just build pretty much anything that we think would be a cool product, we just go crazy with it, there is no constraint, there is no need to worry about structural integrity at that point, there is no need to worry about what pricepoint it would be, you just go with whatever idea you come up with and many of these actually came out of that boost.

When we started we didn’t restrict ourselves as to what exactly it should look like, in fact our team is actually asked the questions – what would it be? What would it look like? And that is what we went and explored. We landed on a point where we wanted to strike a balance between play and display, so for people who may not know the universe, what would be a cool model to them? For fans who actually play the game we want to make sure we stay true to the details and story. That is where we kind of landed at what LEGO Overwatch would be, a good balance of a play and display model.

Was the display aspect because you knew older fans would be interested too?

How do you represent gameplay in the sets?

Some of these sets are inspired by the animation, some of the sets are inspired by the game mode, this has something to do with the composition of the team. Pharmacy combo is a composition of the team that is popular among fans. We definitely tried to keep the conflict in each set so that it is a good play starter for anyone who doesn’t know much about the story, you have a few opposing characters you can make some conflict with.

Overwatch is a huge sprawling story and world, how did you narrow it down to six sets?

It has a lot to do with what would appeal to people who may not know about the universe. That is why you have a transforming robot with a pet bird, you have a punk mech, you have a shuttle that has a bright azure blue to it that is different to a regular spaceship. So things like that, we want to make sure if someone hasn’t seen it, who doesn’t know Overwatch, would this model appeal to them? We do a lot of testing with different age groups of fans and discussion with the partner, Blizzard.

What has the experience of collaborating with Blizzard been like?

Blizzard is amazing to work with, we send them pictures of what we worked on, they sometimes even sketch over them, they have people who build as LEGO fans in there and they will sometimes build something and show us – ‘do you think it could look this way?’. It is amazing that both companies have fans of each other’s work, they have LEGO fans in there and we have people who are big fans of the game, all working together. Everybody is just wowing over each other’s work: ‘oh you did that work? That’s amazing’, ‘you did that model? That’s amazing.’ 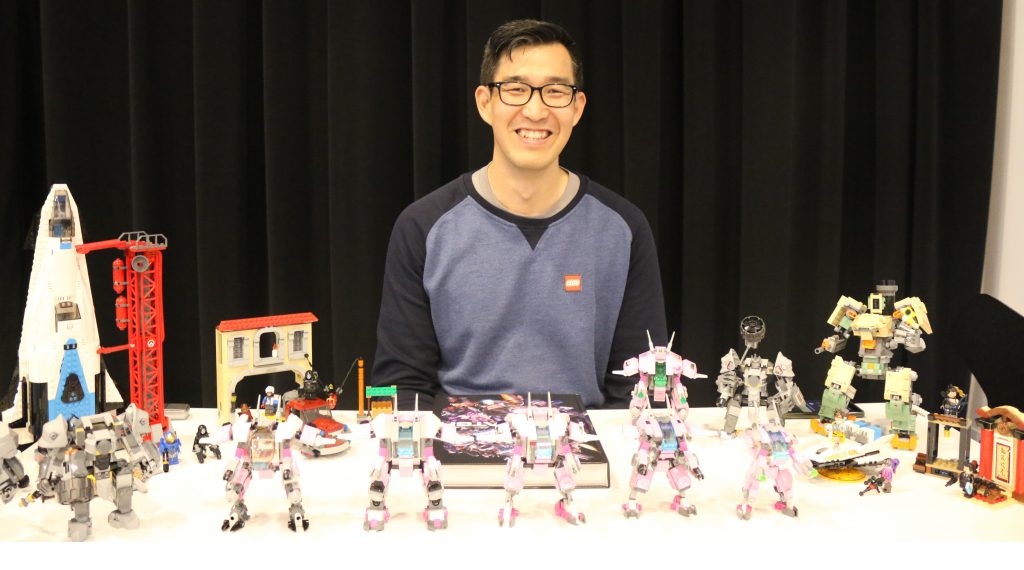