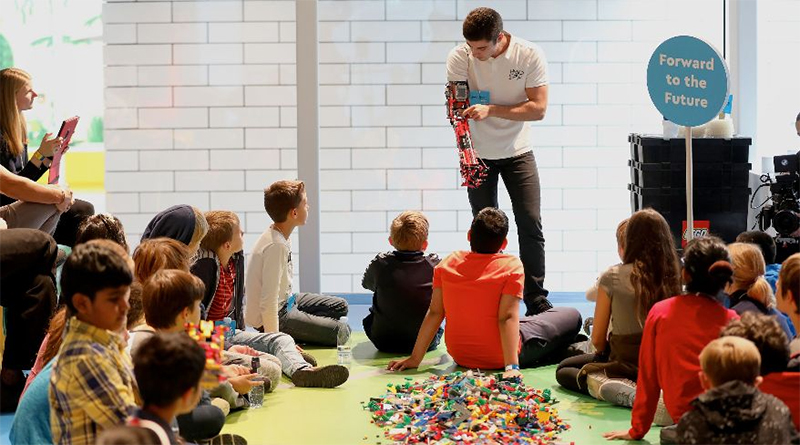 The LEGO Group has partnered with the National Park City Foundation to bring Rebuilder workshops to London before they travel around the UK.

The LEGO Group is bringing Rebuilder workshops to the UK for half term, with the Southbank Centre in London playing host to workshops on October 21 and 22 before they travel around the country. The events are being organised in partnership with the National Park City Foundation.

In July 2019, London was named the first National Park City, a designation intended to improve life for residents and make the city ‘a greener, healthier and wilder place, where every child benefits from exploring, playing and learning outdoors’.

“Our mission is to encourage more people to enjoy the great outdoors by creating safe, green and wild spaces that children can explore and play in,” says Daniel Raven-Ellison of London National Park City. “Through this partnership with the LEGO Group we are giving kids the power to imagine and bring to life what they’d like from the city they live in. With no cap on creativity, who knows what the capital could look like, and what ideas could be brought to life in the future…”

The workshops will give children the opportunity to imagine how they can rebuild their city, an experience that the LEGO Group has previously offered in the USA and China. Tickets must be reserved in advance.

“Children have a natural creativity that is harnessed and developed through play,” says Marius Lang, Head of Marketing UK and Ireland at the LEGO Group. “The UK Rebuilder Workshops taking place nationwide are our opportunity to show our commitment to giving children the platform to make a change – build, then rebuild whatever they want with no right or wrong answer, just the opportunity to see what rebuilding a world with endless possibilities looks like.”

Today has seen the opening a new LEGO Store in Southampton.