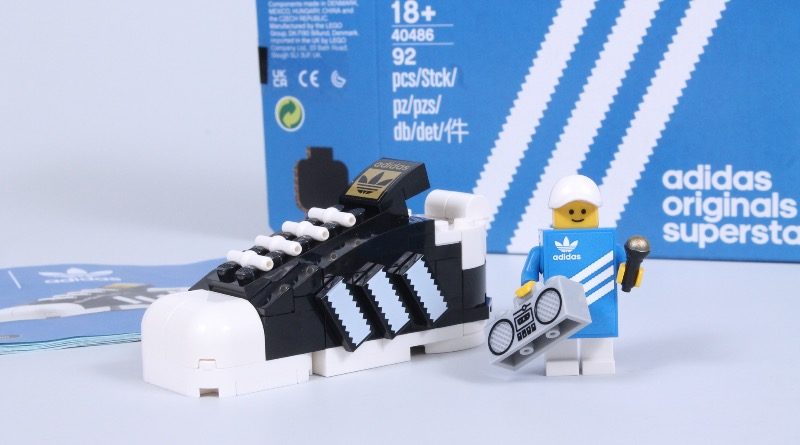 The LEGO Group has responded to a claim from its own newsletter that the qualifying spend for 40486 Adidas Originals Superstar is about to be reduced.

The latest German LEGO newsletter advertised this month’s gift-with-purchase as free with all orders over €85, which is €10 less than the current threshold on LEGO.com. That suggested the company may be preparing to reduce the puzzling minimum spend, bringing it below the price of its accompanying LEGO for Adults set, 10282 Adidas Originals Superstar.

As it stands, buying that bigger buildable shoe alone won’t earn you its smaller GWP, by a margin of £15.01 / $5.01 / €5.01. Reducing the qualifying spend would rectify that bizarre oversight, though, and remove the need to add on a keychain or extra set. We reached out to the LEGO Group to find out if the newsletter had revealed a planned change, or was simply published in error.

The company’s engagement team has now confirmed that the threshold for 40486 Adidas Originals Superstar isn’t changing after all, and the newsletter did indeed list the wrong figure. That means you’ll still need to order £95 / $85 / €95 of merchandise to nab the freebie, which is probably a relief to fans who’ve already stumped up the extra cash above and beyond 10282 Adidas Originals Superstar.

You’ve got until July 20 (or while stocks last) to pick up 40486 Adidas Originals Superstar (review), which is a slight extension on its original availability window of July 14. If stock holds out, it means it will also cross over with the recently-announced double VIP points event, which begins on July 12.