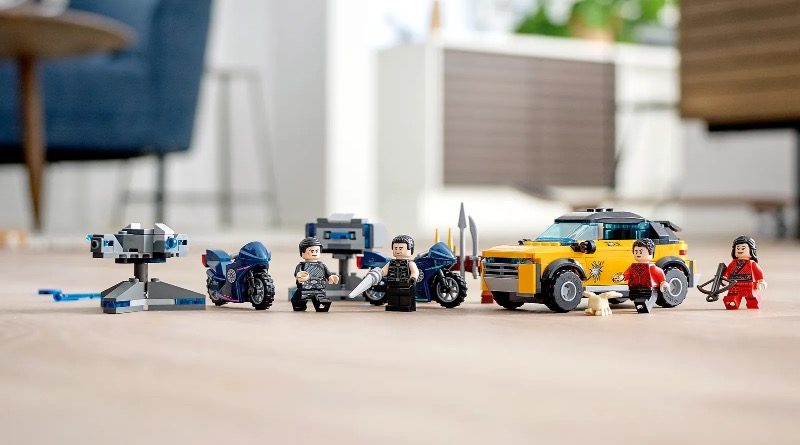 The LEGO Group has responded to criticisms surrounding the skin tones used for its Shang-Chi and the Legend of the Ten Rings Marvel minifigures.

Across both 76176 Escape from The Ten Rings and 76177 Battle at the Ancient Village – as well as the tie-in polybag, 30454 Shang-Chi and The Great Protector, which will be available at LEGO.com from Sunday – the characters in the LEGO Group’s latest line-up of Marvel minifigures use light nougat heads and hands.

That’s a colour typically used to represent Caucasian skin tones across the library of licensed minifigures, and has therefore sparked criticism among the LEGO community for its application for Asian superheroes. As BrickManDan points out on his YouTube channel, the company has a history of using nougat elements for Asian characters in themes including Harry Potter and Jurassic World.

It’s not necessarily that simple, though: the character of Shang-Chi is actually half-Chinese, half-Caucasian – at least in classic comic canon – while medium nougat has drawn ire for being too dark for minifigures like Harry Potter’s Cho Chang. Light nougat has also been used for East Asian characters including Star Wars’ Rose Tico and Chirrut Îmwe, suggesting part of the problem may be a lack of consistency.

For its part, the LEGO Group has commented specifically on the use of light nougat across its Shang-Chi and the Legend of the Ten Rings sets.

“Representation in toys is very important and we know the big impact that play has on children,” the company said in a statement. “Children are our heroes, and we want them to feel both represented and empowered. We are actively looking at ways where we can better represent everyone in our minifigure designs.

“In working on representation we are not alone. We work closely with our IP partners to find the most suitable characters, expression and skin tones for characters when designing our sets, but we appreciate that some fans feel that we could have done better in this case. We’re sorry for this. We’ll ensure your comments are questions are shared with the right people here to help guide us toward the right solution in the future.”

One such solution could be the introduction of a new colour between light and medium nougat to better represent East Asian characters, as was suggested by one Eurobricks user as far back as September 2020. Time will tell whether that’s a particular change the LEGO Group decides to take on board.