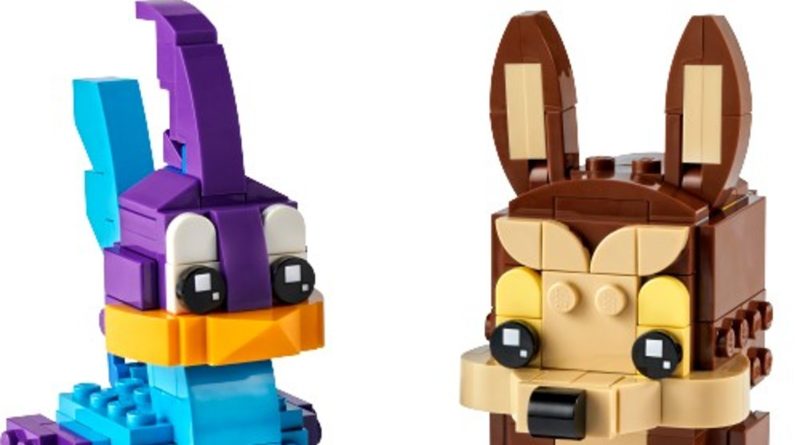 LEGO Looney Tunes BrickHeadz have been revealed on the official online store with the first image of 40559 Road Runner & Wile E. Coyote.

The second LEGO Looney Tunes set has been revealed with the addition of 40559 Road Runner & Wile E. Coyote to the buildings instructions database on LEGO.com. The listing includes the first image of the incoming set, featuring the two characters to continue their ongoing rivalry in bricks.

Road Runner and Wile E. Coyote previously appeared in 71030 Looney Tunes as minifigures, which you can read all about in our in-depth review. However, they have now been translated into the BrickHeadz style with one breaking new ground for the theme.

Wile E. Coyote resembles most other BrickHeadz with the cartoon eyes using curved tiles and plates behind the theme’s standard printed pieces and a pair of ears sticking out from the head.

However, Roadrunner features a smaller body and long neck, not like most other BrickHeadz before it, and uses a combination of blue, purple and shades of orange to stand out compared to the coyote.

No information regarding the specific release date, other than 2022, or pricing of 40559 Road Runner & Wile E. Coyote has been revealed yet, though past double packs have cost £17.99 / $19.99 / €19.99. Also unveiled on the instructions database was the second LEGO Stranger Things set.