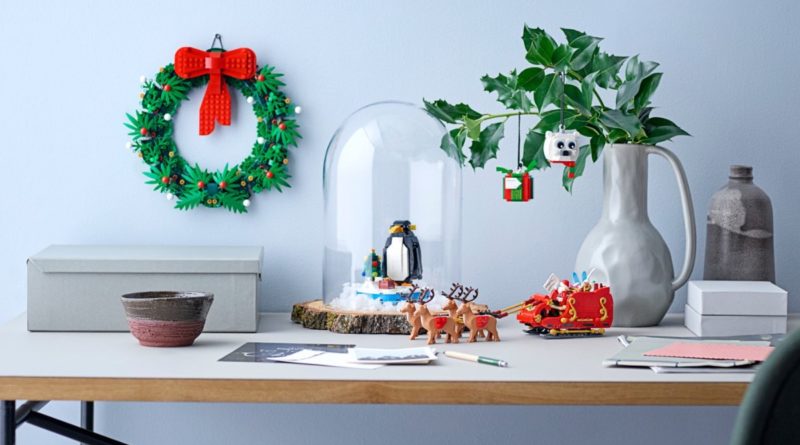 First discovered on a LEGO Store shelf in China earlier this month, the 343-piece set – which is shaping up to be a perfect bonus model for this year’s Winter Village build, 10293 Santa’s Visit – will launch as expected on October 1 at LEGO.com and in LEGO Stores.

The asking price is £34.99 in the UK, $36.99 in the US and from €36.99 in Europe, which is slightly higher than anticipated given its already-revealed Australian price of $59.99 – but still shouldn’t put anyone off picking it up, given what’s in the box. As well as a Santa Claus minifigure with dual-moulded legs and a substantial sleigh, the set includes four of last year’s brand new reindeer from 10275 Elf Club House.

They’re each equipped with removable, decorated saddles, while the sleigh is packed with eight already-wrapped gifts, a pair of skis, a white acoustic guitar and a teddy bear. Santa’s also wielding what looks to be a printed ‘nice list’ tile, and there’s even a secret compartment to discover in the back of the sleigh.

10293 Santa’s Visit launches tomorrow for VIP members, and on October 1 for everyone else, which means you should be able to pick up both that set and 40499 Santa’s Sleigh in a single order next month – if the new Winter Village set remains in stock that long.

Click here to check out more images of 40499 Santa’s Sleigh.