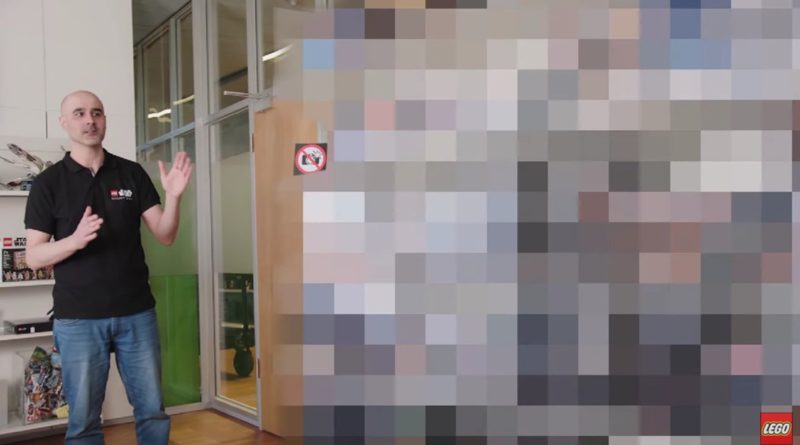 It wasn’t exactly a reveal but the LEGO Group seemingly showed off the entire Star Wars 2023 line-up at LEGO CON 2022.

The LEGO Star Wars segment at LEGO CON 2022 consisted of a look behind-the-scenes at the Innovation House before the cameras returned to the main stage to announce 75323 The Justifier and 75337 AT-TE Walker. Whilst we were in the secretive building senior designer César Soares showed off the entire LEGO Star Wars 2023 line-up, or at least that’s what it was claimed to be.

Those watching the show will know that any potential information was censored with beeps and blurs, meaning we can only make out basic colours for these so-called sets. However, it’s also entirely possible that as part of this joke these were not the 2023 LEGO Star Wars sets.

It could be that various objects and models were chosen to act in place of the LEGO Star Wars 2023 range just to make sure they didn’t leak at the hands of the LEGO Group, or maybe we did get a first look at every LEGO Star Wars set launching next year. Unfortunately, the censorship makes it too difficult to tell for certain, but that’s entirely the point.

Considering that we got to see two new LEGO Star Wars models at the event, it made for a fun way to end the night as we still got to see inside the secretive Innovation House whether these models were real or not.

You can take a closer look at 75323 The Justifier and 75337 AT-TE Walker by checking out our initial report, which includes pricing and release date details.