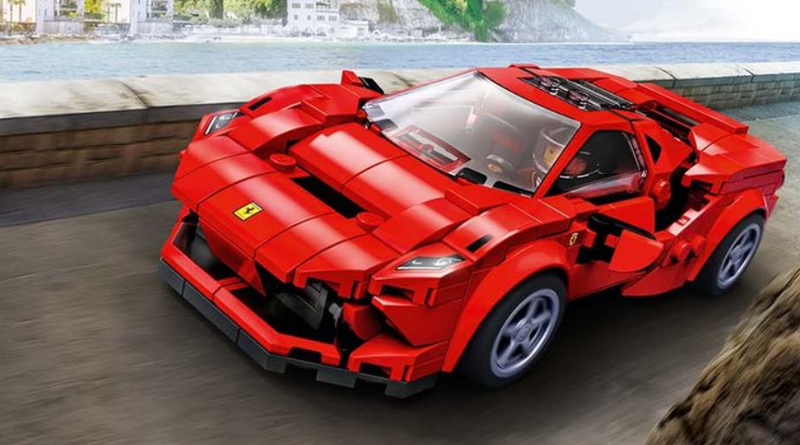 While the most notable change in the new LEGO Speed Champions sets for 2020 is that they are now eight studs wide, there is more to the new sets than just a scale shift. More printed elements, fewer extraneous builds and extra hair pieces are some of the other changes collectors will spot.

LEGO Speed Champions Design Lead Chris Stamp, who has worked on the theme since its launch wave five years ago, has thought through every aspect of the models. In the third part of an in-depth conversation with Brick Fanatics, he talked about developing new elements for this year’s sets. Here, he talks about the other changes that were made for the 2020 releases.

Aside from increasing the size of the cars, what else did you change in response to feedback?

We also looked at things like why are people buying the products? The car is the hero for us. No-one is buying the Senna because of the wind turbine. Maybe one guy, but I wouldn’t put money on it. No-one is buying the fuel canister or little customisation details or things like this, so what you find out is they only buying it for the car. The car is our Darth Vader or Luke Skywalker, that is our character, so that is where we put the emphasis.

We have got rid of story starters from the SKUs completely, with a double pack you will get a start line with some sort of function for the lights, but you won’t get the garage anymore. Because no-one is buying for the garage. If they want a garage they will build it themselves, like a lot of AFOLs do, or you can buy that kind of stuff from LEGO City, or Creator Expert – just recently they did a Corner Garage. That is not why people are buying these sets.

In the double packs, you no longer get a third minifigure, so the flag person that we normally have, nobody is buying this set saying, “I want the minifigure that used to be in City”. People are buying it for the cars. We had the third person in this set for the longest time, and it wasn’t until we started looking at things like the packaging design and the story we were trying to tell with this, we asked, “why do we have a flag person? Why do we need those extra stickers to put on a flag? Does Speed Champions really need two extra stickers?” We need the start point, because you need the competition side of it, you have got two cars and need to race them, so that is why we kept that.

Another consumer comment we kept getting was stickers. Speed Champions, whether you know or not, has one or two stickers in a set. We are always going to have stickers in Speed Champions, it is the nature of the concept, the real things are covered in stickers, these will be. What you will see now, because of the scale, is you can actually build in all of these details especially round the front, round the back. Previously you had the sticker or had to pick and choose your favourites. Now you can do so much more, because you can build more detail you don’t have to sticker as many.

There are more printed elements, will it be a mix of printed pieces and using stickers?

It’s a mixture. What we are trying to do is we are trying to print where we can’t sticker basically. So some of these stickers under here you could do but then it becomes an illegal build, so you don’t want to do that. Actually round the back of the Ferrari, we started off stickering this, because it is the 1×4 City plate with two studs and we realised it would be easier to print the bloody thing because stickering it… we tested it, I tried to place it, my Graphic Designer tried to place it, the designer of the model tried to place, we each placed it differently. So we said “okay, let’s print it”.

That is something I was trying to push through with our 2019 range, we had a lot more prints than we normally did, whether it was Chevrolet on the side, a Ferrari logo or the Mini printing.

We don’t want to print everything, because there is a rebuild-ability aspect to LEGO. If you print everything then a kid can’t reuse those elements, which is something we used to highlight a lot more in the 1990s and early 2000s when you always got a B or C model on every model. We don’t do that anymore because we found majority of people didn’t use them or look at them. But LEGO still has a rebuildability aspect, it is a medium, so there will still be several stickers. But putting a sticker on something like this bonnet would be a pain to place because of the double curvatures, so it is printed.

The biggest thing with this has been the new element design. We have also got new colours, it is the first time we have done new colours for Speed Champions. There are existing elements that we are doing completely in new colours.