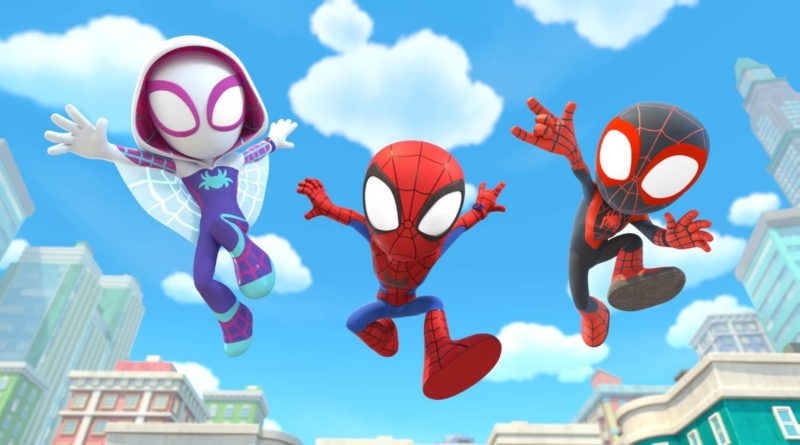 The first rumours of next year’s LEGO Spider-Man sets have surfaced online, and it sounds like we could be finally getting our first bigfig of a classic villain.

Instagram users lego_fulcrum and 1414falconfan report that Disney Junior show Spidey and his Amazing Friends will be getting a full wave of 4+ sets in 2022, with at least two new versions of iconic Spider-baddies in the mix.

The first of those is Lady Octopus, or Carolyn Trainer, the protégé of the original Doc Ock, Otto Octavius. Her appearance in the animated series is vaguely similar to the Doc Ock we saw in 2018’s Spider-Man: Into the Spider-Verse, only with brighter colours.

The second will apparently be a new version of Rhino, which in the promo images used for the show (and by lego_fulcrum in reporting this rumour) looks tailor-made for a new LEGO bigfig. We’ve already seen bigfigs in previous 4+ sets, such as 76152 Avengers Wrath of Loki, so it doesn’t feel entirely out of the question here.

Whatever form Rhino ends up taking, it would be our first LEGO version of the character since 2015’s 76037 Rhino and Sandman Super Villain Team-up, which included a buildable mech for Aleksei Sytsevich (possibly based on his appearance in The Amazing Spider-Man 2).

As well as Peter Parker’s Spider-Man, Spidey and his Amazing Friends features Miles Morales, Gwen Stacy, Hulk and Kamala Khan, so any or all of those characters could also conceivably appear alongside Doc Ock, Rhino and Green Goblin (the show’s other main villain).