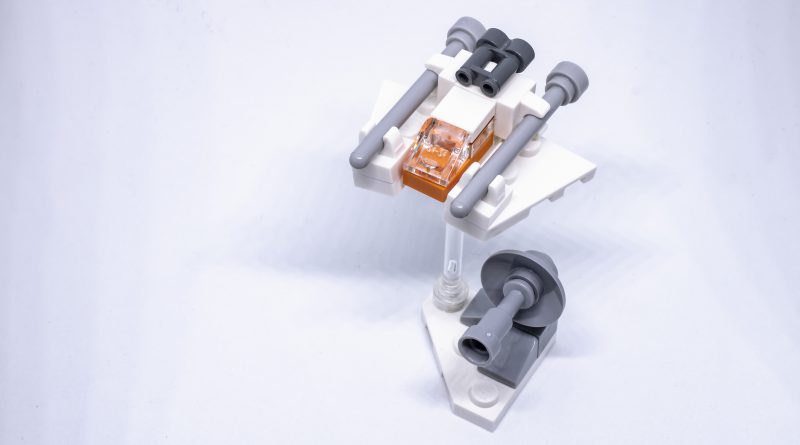 The original 7130 Snowspeeder 7130 was one of the first LEGO Star Wars sets ever released and was also one of the first Star Wars vehicles I ever attempted at micro scale. This is a slightly updated version and while I have seen more detailed micro builds out there I really love the simplicity of this design.

At micro scale 1×1 plates and modified tiles with clips connected to bars are a great way to attach wings to vehicles. Here the Snowspeeder’s wings are attached to the light grey blue antennas, which also double up as the speeder’s laser canons. 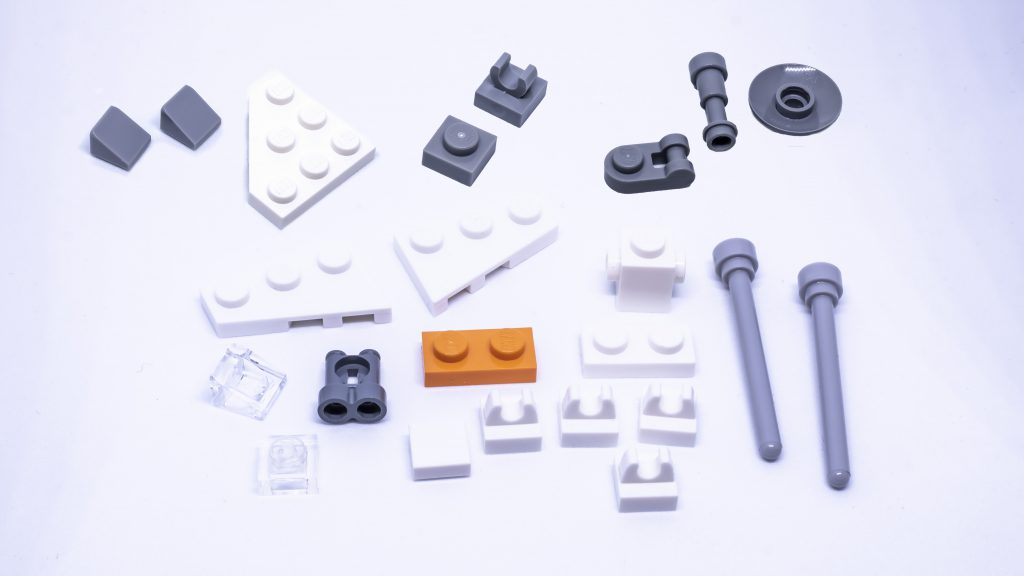 I included the gun tower as I feel it is an integral part of the full size set and it makes for a simple yet effective way to display the micro speeder.